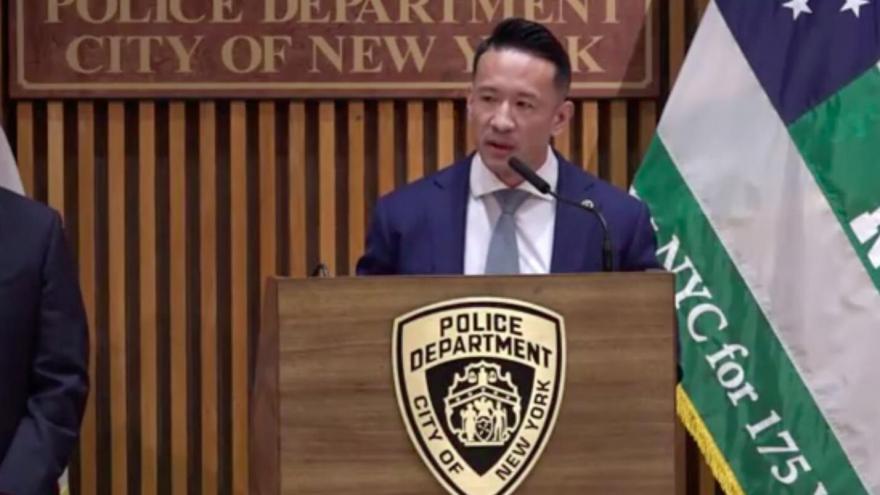 The New York Police Department announced the creation of an Asian Hate Crime Task Force after an increase in racist attacks against Asian Americans during the Covid-19 pandemic.

Since March 21, there have been 21 reported anti-Asian hate crimes that have resulted in 17 arrests, according to Harrison, which he said is higher than normal.

Victims have been reluctant to speak with police during investigations, he said, because of language barriers, cultural differences and fear of the police. In May, Deputy Inspector Stewart Loo proposed the creation of an anti-Asian hate crime task force, hoping that through a dedicated team they could build a better rapport with the community.

The team includes 25 Asian American officers that speak a second language, Loo said. Not having to use translators will increase investigators' ability to develop relationships with victims and ultimately lead to more cooperation, he continued. Harrison noted that 4 of the 17 arrests were done with the help of the task force.

"This task force has been built and will continue to build trust and understanding between the NYPD and with Asian New Yorkers," said Harrison.

The task force will be permanent, Harrison said, and other culture-based task forces may be considered in the future.

"Since January, before COVID-19 became a national crisis, Asian Americans in New York City have been targeted in unprovoked racist attacks. They have been berated while riding the subway and harassed walking down the street," said Thomas Yu, co-executive director of Asian Americans for Equality, in a statement CNN. "We applaud the city's decision to create an Asian Hate Crimes Task Force, a move that is long overdue... At the same time, far more needs to be done. There is a critical need for resources at every level of government to fight hate crimes wherever they occur."

JoAnn Yoo, executive director of the Asian American Federation, also welcomed the announcement in a statement to CNN, adding, "we also believe in restorative justice principles that intervene before hate crimes happen, which include building community within neighborhoods, getting neighbors to look out for each other, and investing in social safety net programs that deal with the stresses in the community that propel people to lash out at each other."