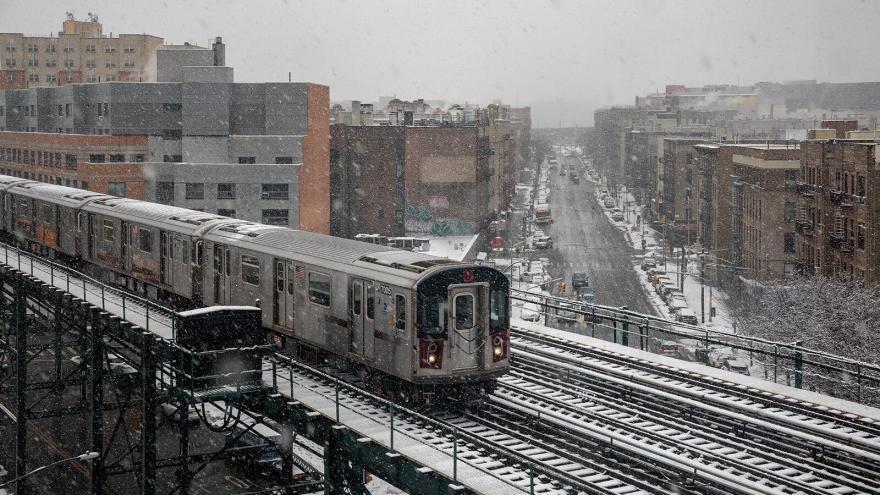 The suspect charged in connection with the four subway stabbings that left two people dead over the weekend has been identified as a 21-year-old man who was living in a Brooklyn homeless shelter, according to the New York Police Department.

(CNN) -- The suspect charged in connection with the four subway stabbings that left two people dead over the weekend has been identified as a 21-year-old man who was living in a Brooklyn homeless shelter, according to the New York Police Department.

On Saturday, two NYPD officers saw a man on video surveillance who met the description of the person wanted in relation to the subway attacks, Deputy Chief Brian McGee, the commanding officer of the Manhattan North detective bureau, said during a media call Sunday.

The man, identified as Rigoberto Lopez, was found in possession of a knife and taken into custody, McGee said. He added that forensics will be used to determine if the knife was used as a weapon in the attacks.

All four victims of the subway attacks were homeless and the attacks appear to be unprovoked, McGee said.

CNN has not been able to identify an attorney for Lopez.

The Metropolitan Transport Authority (MTA), a transportation network that includes New York City subways and bus lines, requested an additional 1,000 NYPD officers be assigned to the Transit Bureau to "patrol subways and buses immediately" as a result of the stabbings.

"We request teams of uniformed officers be assigned to every station and that officers ride the system throughout the day and during the overnight to ensure the safety of our customers and colleagues," MTA Chairman and CEO Patrick J. Foye and NYC Transit Interim President Sarah Feinberg wrote in a letter to Mayor Bill de Blasio and NYPD Commissioner Dermot Shea Sunday.

Foye and Feinberg wrote they commend the NYPD's work that led to the arrest and charging of the 21-year-old man and the 500 additional officers deployed to patrol the subway system over the weekend, however, they believe "more is needed."

"The fact is that we all see a disturbing trend above ground and below ground, which as you know began prior to the pandemic, and now has been exacerbated by the acute mental health crisis we are facing," the letter read.

The transportation executives cite low ridership and high crime statistics as one of the reasons to protect MTA employees from assault, and called on the city to expand mental health services to the transport system.

"The reality is that while we provide transportation to millions, we simply cannot also serve as social service providers, nor do we have the deep expertise required," they wrote.

Victims in the four separate incidents were "cut with a sharp object," Shea said in a news conference Saturday afternoon.

The four attacks occurred on the A line, a subway line that runs between northern Manhattan and Queens, Shea said.

Besides the two deaths, two other victims are recovering from their injuries.

The attacks began on Friday morning when a 67-year old man was stabbed inside the 181 Street station in upper Manhattan and later treated at a nearby hospital, NYPD Chief of Transit Kathleen O'Reilly told reporters.

An adult male was found dead with "stab wounds to his neck and torso" on the A-train at the Far Rockaway-Mott Avenue train station in Queens on Friday around 11:30 p.m., O'Reilly said.

Approximately two hours later on Saturday, an unconscious 44-year-old woman was found inside a train car at the Inwood 207 Street station in upper Manhattan with "multiple stab wounds," according to O'Reilly. The woman was taken to a local hospital where she was pronounced dead, O'Reilly said.

Less than 20 minutes after that incident, police officers responded to calls about a 43-year-old man who was stabbed at the 181 Street station. He told officers he was stabbed by an unknown man and was taken to a hospital where he underwent surgery, according to McGee.