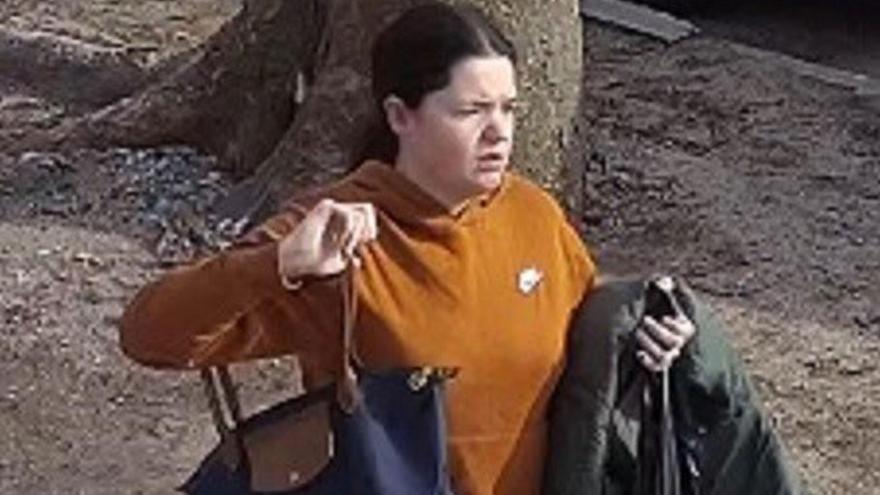 Christina Darling, was arrested and charged with multiple counts including aggravated harassment as a hate crime, acting in a manner injurious to a child and menacing, for shouting "anti-Jewish statements" before spitting on a boy and walking away.

(CNN) -- The New York City Police Department has arrested a woman accused of harassing and spitting on an 8-year-old Jewish boy outside a Brooklyn synagogue last week, authorities said.

The woman, identified as 21-year-old Christina Darling, was charged with multiple counts including aggravated harassment as a hate crime, acting in a manner injurious to a child and menacing as a hate crime, the NYPD said on Friday. CNN has not been able to determine if Darling has legal representation.

The children were not injured, police said.

The children's father, Aryah Fried, told CNN affiliate WCBS the woman said, "something along the lines of Hitler should have killed you all."

Fried said his son responded to the woman saying he would save his little sister, prompting the suspect to spit on his face and say, "we will kill you all, I know where you live, and we'll make sure to get you all next time."

Several Jewish people have been targeted across the United States over the past year, some linked to the violent confrontations between Israeli forces and Palestinians outside Jerusalem's Al Aqsa mosque in May.

A day after the incident in New York, a man interrupted a Saturday's Shabbat service at a synagogue in Colleyville, Texas, and held four people hostage for several hours. Since then, Jewish communities across the country have remained especially vigilant by increasing security at synagogues and Jewish Community Centers.