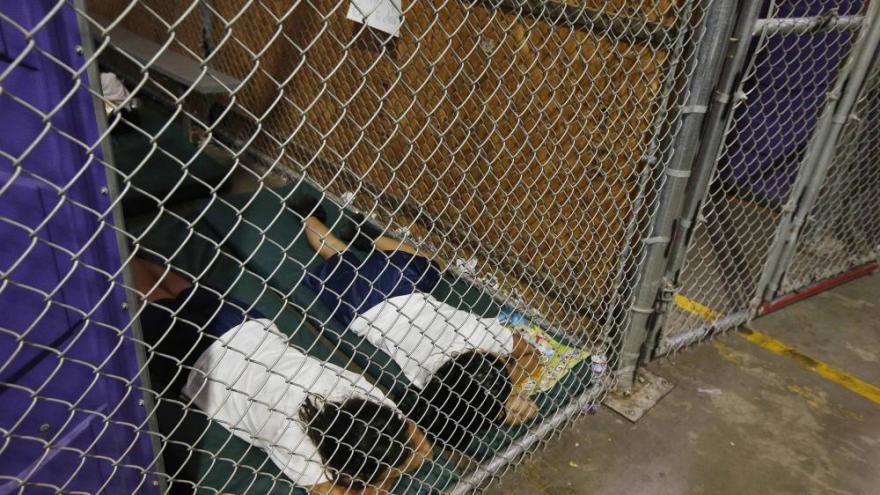 On Thursday, there were more than 18,000 children in US government custody, up from more than 17,000 on Wednesday. This image shows the Nogales Placement Center on June 18, 2014, in Nogales, Arizona.

(CNN) -- The number of unaccompanied migrant children in federal custody continued to climb this week, according to the latest government-released data.

On Thursday, there were more than 18,000 children in US government custody, up from more than 17,000 on Wednesday. The Department of Homeland Security releases data for the day prior, a practice that began this week after mounting pressure for more transparency.

The data shows that more children were put into Customs and Border Protection custody than were transferred to the care of the Department of Health and Human Services. On Thursday, 605 kids were apprehended and placed into CBP custody and only 388 were transferred out.

The Biden administration has struggled to move children swiftly from CBP's facilities, which were not designed for children, into more appropriate HHS care.

As of Friday morning, the average time children are spending in Border Patrol custody is around 90 hours, said a senior Border Patrol official said, but there are times when it is upward of 100 hours -- longer than the 72-hour legal limit.

The official described the situation as one where Border Patrol has been overwhelmed.

"We need to speed up the transfer of these children from our custody to their custody much faster," the official said.