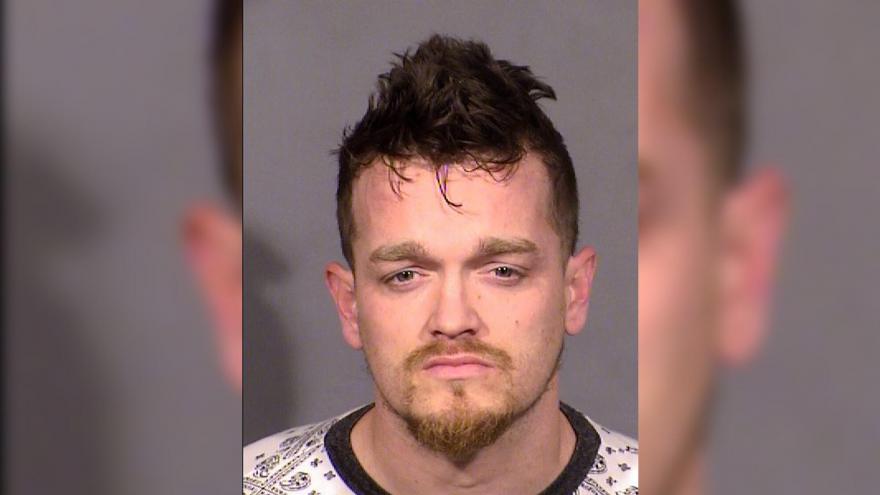 (CNN) -- A desperate note sent from a mother with her child to her elementary school has led police in the Las Vegas area to a toddler's remains.

The note sent Tuesday morning with the child was a cry for help, with her mother writing that she was being held captive by her boyfriend and that she believed her other child might be dead, Las Vegas Metropolitan Police Department said in a news release on Wednesday.

Officers went Tuesday to the home, where they detained the boyfriend, Brandon Toseland, the LVMPD said.

The mother told police that Toseland had abused her and wouldn't let her leave the house alone or go into the garage, according to the release. She told them the last time she saw her child, described by police as a toddler, was in December.

Homicide detectives were called to the scene and found the child's remains inside a freezer in the garage, the release said.

Toseland, 35, was arrested and charged with open murder and two counts of kidnapping, the release said. CNN was not able to determine whether he has legal representation and has been unable to reach him.

Police said the Clark County Coroner's Office will identify the remains and work to determine a cause of death.

More than a third of women and men in the US have been the victims of intimate partner violence or stalking, according to the 2015 National Intimate Partner and Sexual Violence Survey conducted through the US Centers for Disease Control and Prevention.

Last spring, the Biden administration announced it was allocating $200 million from the American Rescue Plan to support services for survivors of domestic violence following a rise in cases during pandemic lockdowns.