Norway to proceed with sound experiment on whales, despite protests 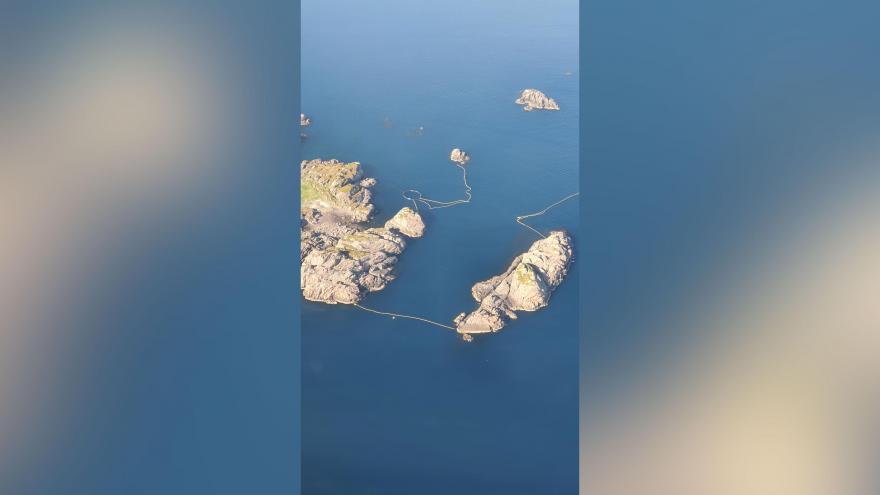 (CNN) -- A group of international scientists has called on Norway to halt plans for acoustic experiments on minke whales.

A research team is intending to capture a dozen juvenile minke whales off the Norwegian coast and use sensors placed on their skin to measure their brain responses in reaction to sound.

The research team conducting the experiment says it is designed to understand which kinds of human-made ocean noise affect the whales, as human-made sound can have an impact on an animal's hearing and behavior and cause it stress.

"We have essentially no knowledge of their hearing, and it's important to noise regulators to know what kind of noise might affect them," Petter Kvadsheim, chief scientist at the Norwegian Defence Research Establishment (FFI), told CNN. He added that the team won't be testing the animals' noise tolerance, or how they respond to the sound behaviorally.

"We expose them to the lowest sound they can hear to find their hearing threshold, using electrophysiological methods developed for use on newborn children," said Kvadsheim, who is the co-lead investigator on the experiment. He added that the experiment is ongoing.

But 50 international scientists and veterinarians have called on Norway's Prime Minister to cancel the trial, writing in an open letter that the capture and length of experimentation "has significant potential for causing injury and stress, potentially resulting in capture myopathy." Capture myopathy is a non-infectious condition in wild and domestic animals in which muscle damage results from extreme exertion, struggle, or stress, and can be fatal.

"Little is known about sedating or stunning wild whales and dolphins, and it is therefore rarely attempted. Available data indicate that sedation of baleen whales in the wild could be life-threatening," UK-based organization Whale and Dolphin Conservation (WDC), which spearheaded the letter, said in a separate statement.

"We already know a great deal from observational studies about how high-amplitude, human-made noise affects baleen whales, so the proposed research is not only dangerous and unethical, it is also redundant," they added.

Norway's Food Safety Authority, which approved the trial, acknowledged that the experiment, which involves catching the whales, keeping them in an enclosure for 3-4 days, and tagging them, "involves moderate distress and discomfort for up to six hours."

Ole Aamodt, head of the veterinary department at the Norwegian Food Safety Authority, said the experiment was considered to have "moderate" severity.

"Procedures on animals as a result of which the animals are likely to experience short-term moderate pain, suffering or distress, or long-lasting mild pain, suffering or distress, as well as procedures that are likely to cause moderate impairment of the well-being or general condition of the animals, are classified as moderately severe," Aamodt said.

"There is nothing to indicate that this experiment should be regarded as severe," he added.

"We assess that the purpose of the experiment is well-described and justified, and that this justifies the burden on the animals," he said.

But in a statement of concern, the 50 international scientists who signed the letter said this is an "understatement," adding: "This process risks causing the whale considerable stress leading to panic, creating a dangerous situation for both whales and humans."

More than 64,000 people have signed a petition calling for the experiment to be stopped.

"We have been through a very thorough planning and permitting process to reduce the risk to a minimum," Kvadsheim told CNN.

"We expect that the animals will experience some level of stress, but we have veterinarians monitoring their health and welfare throughout the procedure. If animals are in danger or distress they will be released," he added.