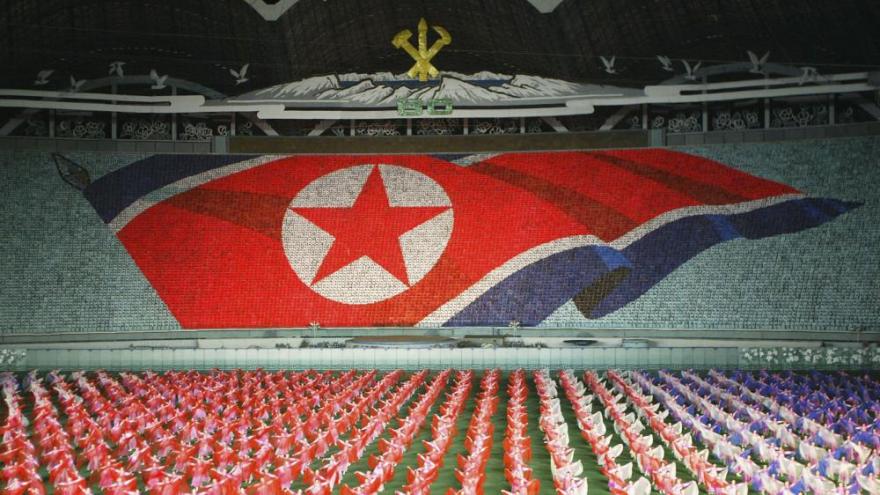 North Korea has launched at least one short range projectile, according to an initial assessment described by a US defense official.

(CNN) -- South Korea said that two projectiles launched by North Korea Thursday were a "new type of short-range missile" and posed a "military threat" which risked undermining the peace process on the Korean Peninsula.

The skies over the East Sea were the scene of a tense standoff this week between Japanese, South Korean, Russian and Chinese warplanes, emphasizing the uncertain nature of a region in which overlapping territorial claims and bullish militaries raise the risk of conflict, even without North Korea entering the mix.

South Korea's Ministry of Defense said Seoul viewed Thursday's launch "as a military threat and an action undermining efforts to alleviate tensions on the Korean Peninsula."

"The government has been closely monitoring the relevant trends and is urging Pyongyang to suspend such activities that are not helpful for efforts to ease military tensions on the Korean Peninsula," ministry spokesman Choi Hyun-soo said. "Going forward, the (South Korean) government will strengthen its monitoring in cooperation and close communication with the US."

A senior US administration official told CNN that they are "aware of reports of a short-range projectile launched from North Korea" but declined to offer further comment.

Adam Mount, director of the Defense Posture Project with the Federation of American Scientists, said the emergence of a new type of short-range missile was concerning, as such devices are usually "thought of as a first-strike weapon."

"If it's very low and very fast, that shortens warning and decision time," he told CNN. "Those kinds of things could be useful in a retaliatory situation, but it's even more relevant for a first strike. That's part of why we agreed to ban (Intermediate-Range Nuclear Forces) during the Cold War."

Thursday's launches come as US national security adviser John Bolton -- a noted hawk on North Korea -- visited South Korea this week to discuss bilateral strategic issues and just a few days after the North Koreans showcased photos of their leader Kim Jong Un inspecting what appeared to be a submarine, in another attempt to signal Pyongyang's military capabilities.

They also follow President Donald Trump's June meeting with Kim in the demilitarized zone and his brief foray into North Korea -- a high-profile visit that has failed to yield any tangible signs of diplomatic progress toward the stated US goal of denuclearization.

Narang said that based on initial descriptions early Thursday, at least one of the projectiles was likely a solid-fuel ballistic missile that's been jokingly dubbed the Kimskander, a portmanteau of Kim and the Iskander missile which experts say the North Korean weapon was likely based on.

North Korea conducted a similar launch in May, its first missile test since 2017, which served as a clear warning of Kim's frustration at the state of talks with the US. Negotiations had been deadlocked since Trump walked out of their Vietnam summit early in February.

A satellite image obtained by CNN at the time captured the missile's smoke trail.

Wednesday's launch may have been North Korea's response to the July 20 announcement that the US and South Korea will conduct joint military exercises as planned next month, in spite of Pyongyang's argument that doing so would breach the agreement President Donald Trump made with Kim, according to Narang.

The statement also warned that North Korea could rethink its decision to stop testing nuclear weapons and intercontinental-range ballistic missiles (ICBMs) if the drills were to go ahead.

"Our discontinuation of the nuclear and ICBM tests and the US suspension of joint military exercises are, to all its intents and purposes, commitments made to improve bilateral relations. They are not a legal document inscribed on a paper," North Korea's Foreign Ministry said.

The US and South Korea regularly conduct joint military drills, but they suspended or scaled back a number of recent exercises part of an effort to ease tensions with Pyongyang.

Speaking of the most recent launches, Narang said they were "no more provocative than before," referring to similar tests Pyongyang conducted in May, "but still tit for tat."

"Kim clearly believes that's a violation of a personal commitment Trump made to him in Singapore," where the US President said the US would drop joint military exercises with South Korea, he told CNN, adding that if the exercises continue, "all bets are off."

"They are clearly signaling that this is a response or a foreshadowing of what might come," Narang added.

Joel Wit, a senior fellow at the Stimson Center and director of 38 North, a website that tracks North Korea, agreed that Wednesday's tests are probably not the last move Pyongyang will make.

North Korea is possibly assembling a series of responses "that show, you know, they're tough guys," he said.

The release of the photos of Kim inspecting the submarine was likely not a coincidence, Wit told CNN.

"It wasn't an accident that someone took a picture of Kim standing in front of a submarine -- that's to show they're tough guys they're strong, they're not going to buckle under to anyone."

Wit urged a calm US response.

"I know a lot of people are going to say, 'We should respond, we should go to the UN,' but at this point, I don't see much point in doing anything," Wit said. "Going to the UN is just a dead end. It doesn't hurt us at all to stay calm and not fly off the handle. They'll test for whatever reasons they test, not because the Americans were tough on them."