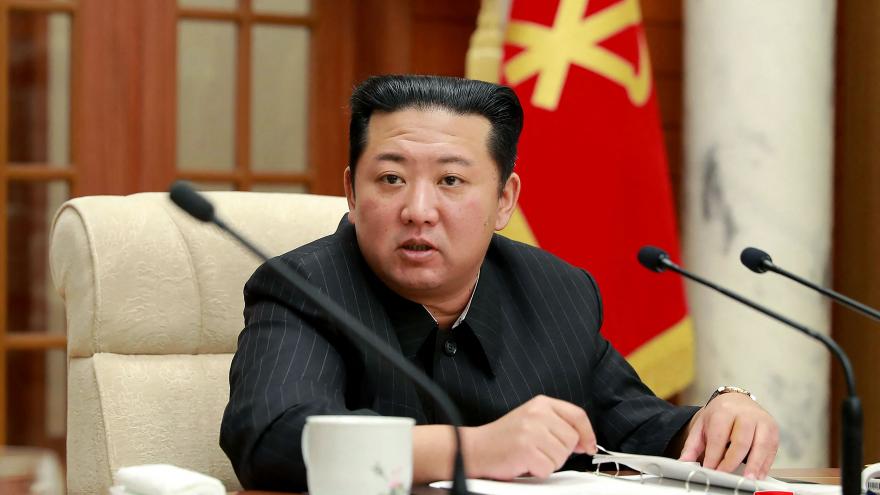 (CNN) -- North Korea fired at least one unidentified projectile into waters off the east of the Korean Peninsula on Saturday, believed to be a ballistic missile, according to South Korea's Joint Chiefs of Staff.

It was initially unclear how many projectiles had been fired, but the Joint Chiefs of Staff said in a statement the projectile is presumed to be a single ballistic missile, launched from the Sunan area near the capital Pyongyang.

"The South Korean military is maintaining a readiness posture by monitoring related movements in preparation for additional launches," the statement said.

"We advise vessels are to pay attention to further information, and if they observe any falling objects, do not approach and report relevant information to the Japan Coast Guard," it said.

This marks North Korea's ninth missile test in 2022. January saw a record number of such tests, with at least seven launches during the month including a new type of "hypersonic missile" able to maneuver at high speed.

Analysts suggest the increased testing this year shows Kim is both striving to meet domestic goals and show an increasingly turbulent world that Pyongyang remains a player in the struggle for power and influence.

Saturday's launch comes just days before the South Korea presidential election on March 9, in which North Korea is likely to be a key electoral issue.