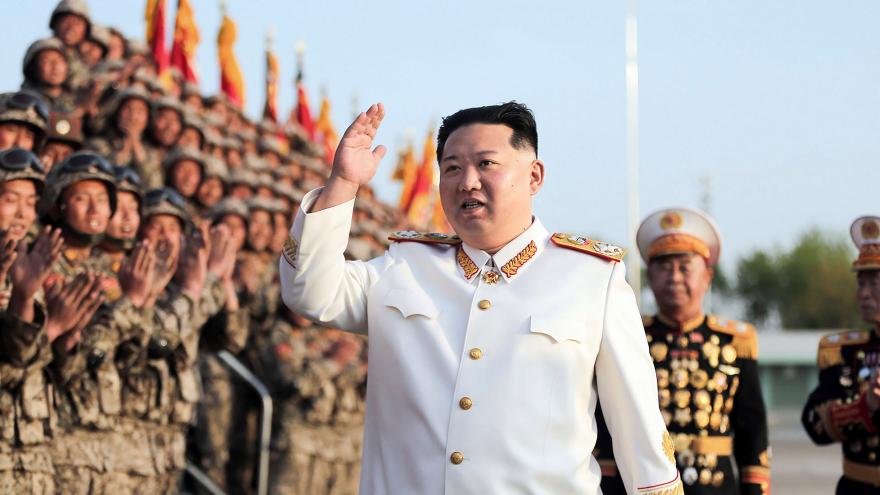 (CNN) -- A short-range ballistic missile fired by North Korea Saturday reached an altitude of about 37 miles (60 kilometers) over its 373-mile (600km) trajectory, according to South Korea's Joint Chiefs of Staff.

South Korea's Joint Chiefs of Staff said the missile was fired, likely from a submarine, at 2:07 p.m. local time from the Sinpo area of North Korea's east coast. The Japanese coast guard confirmed the projectile had fallen into the Sea of Japan, also known as the East Sea, at 2:25 p.m. local time.

South Korean and US intelligence officials are analyzing the launch, and the South Korean military is maintaining a state of readiness, the Joint Chiefs said.

North Korea has stepped up its missile testing program this year.

Saturday's projectile marks the country's 14th missile launch in 2022 so far, including one that is presumed to have failed in mid-March.

The South Korean military on Saturday labeled the repeated missile launches as "seriously threatening" acts that must be "immediately stopped."

At a military parade on April 25, North Korean leader Kim Jong Un vowed to ramp up his development of nuclear arms at the "highest possible" speed." Experts say the parade, as well as Kim's rhetoric and the flurry of launches, offer a glimpse into his ambitions for his weapons program -- particularly efforts to develop solid-fueled missiles that would be easier to hide from foreign spy agencies.