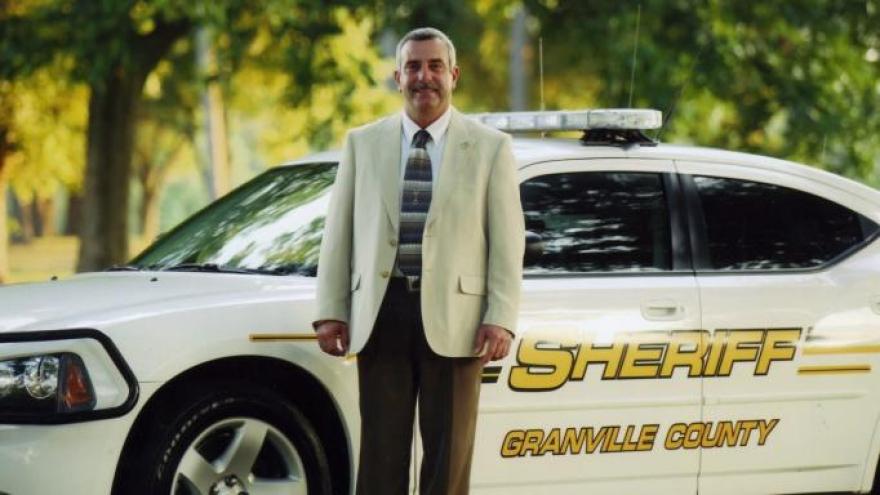 A North Carolina sheriff indicted on allegations he ignored and encouraged a plot to kill one of his deputies will keep collecting a paycheck during his suspension.

(CNN) -- A North Carolina sheriff indicted on allegations he ignored and encouraged a plot to kill one of his deputies will keep collecting a paycheck during his suspension.

Granville County Sheriff Brindell Wilkins was scheduled to be arraigned Wednesday, but the court appearance was postponed for several reasons.

Wilkins was indicted September 16 on two felony obstruction of justice charges. Wilkins not only knew of the threat to kill the now-former deputy, Joshua Freeman, but coached a would-be assailant on how to get away with the crime, the indictment alleges.

It is not clear when Wilkins' arraignment will be rescheduled, but it won't be placed on any calendars until Wake County District Attorney Lorrin Freeman notifies the court, the order said.

Lorrin Freeman took over the case after it was determined that prosecutor Michael Waters, whose jurisdiction includes Granville County, had a conflict.

Board grants sheriff's request for pay

For now, Wilkins will continue getting paid after the county Board of Commissioners voted to maintain his salary and benefits pending a review of the investigation and charges. The board's seven members unanimously approved the move following a closed session Monday night, according to the board's minutes.

"There is no clear legal authority dictating the outcome" of Wilkins' request that he continue receiving pay and benefits during his suspension, county attorney Jim Wrenn said in a statement.

Sheriff is an independent, elected post, and commissioners have no authority over the sheriff's office, Wrenn has previously said.

"Depriving an elected official of his or her pay based on charges which have not been adjudicated and to which the elected official has not had an opportunity to respond is not a decision to be taken lightly," Wrenn wrote this week, reiterating that the decision may be revisited later.

Wilkins is presently suspended, with Chief Deputy Sherwood Boyd filling his post until the case has concluded, the county has said.

CNN has reached out to the sheriff's office and Wilkins' attorney for comment.

'Take care of it'

According to the indictment, Wilkins had a "personal animosity" toward Joshua Freeman because he thought the deputy was going to disclose to authorities a recording of Wilkins using "racially offensive language."

In August 2014, after learning of the recording, Wilkins told an unnamed person to "take care of it," the indictment said.

Wilkins also offered instruction on how to get away with the killing, saying, "You ain't got the weapon, you ain't got nothing to go on," the indictment alleges.

"The only way we find out these murder things is people talk. You can't tell nobody nothing -- not a thing," the indictment quotes Wilkins as saying.

Wilkins also discussed the time and location "of where the murder might successfully occur," according to the indictment, and at one point in the interactions, he was shown the firearm that would be used in the crime.