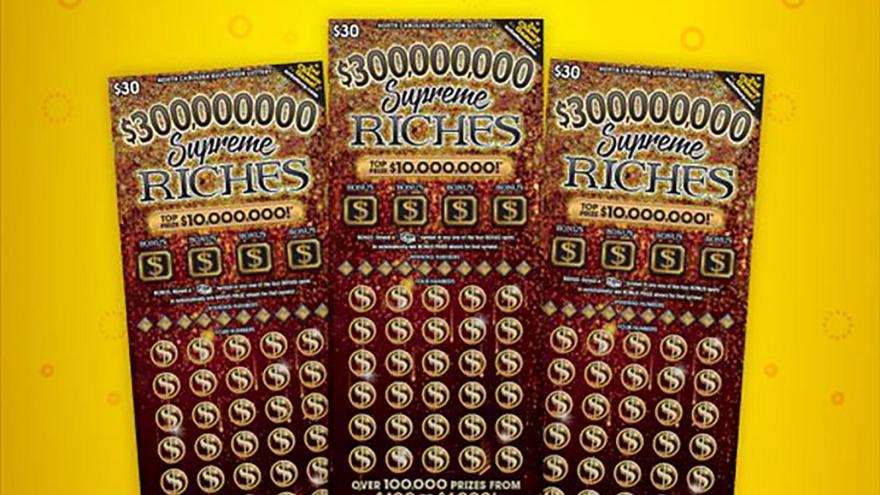 (CNN) -- An iron worker in North Carolina bought a scratch-off lottery ticket on the way home from work and won $10 million, according to lottery officials.

Wade Harmon, from Kenly, stopped by a truck stop to play his luck on the lottery games Pick 3 and Pick 4 when he decided to purchase a single $30 scratch off ticket.

"I went home and fired up my grill and I said, 'Well I might as well scratch my ticket,'" said Harmon in a news release by lottery officials on Saturday. "I looked down and I said, 'Woah!'"

Harmon claimed his prize, which is the largest scratch off prize in the state, on Friday at the lottery headquarters in Raleigh, according to the news release.

"I'm thankful, I really am," said Harmon. "I believe the Lord saved that for me. He had a reason for me to win this ticket. He's got plans for me."

He chose to take a lump sum of $6 million and after taxes he took home over $4.2 million. Harmon told officials that he plans to continue to work and use the money for retirement in a few years. He also wants to take his kids and family on a cruise when it's safe to do so after the pandemic.

"I'll still be the same old me," said Harmon about winning such a big prize.

Last year, James Belich was the first person to claim the top prize in May. The family man was on his lunch break from work when he won. At the time, he said he planned to use the money to help give his kids a brighter future. In September, Joseph Keefer, a home painter, won and said he'd split his prize with his brother. He credited his brother to getting him started as a painter and that he gave him good luck when buying the ticket.

So far, all three winners have chosen to take a lump sum payment instead receiving $500,000 a year over 20 years.