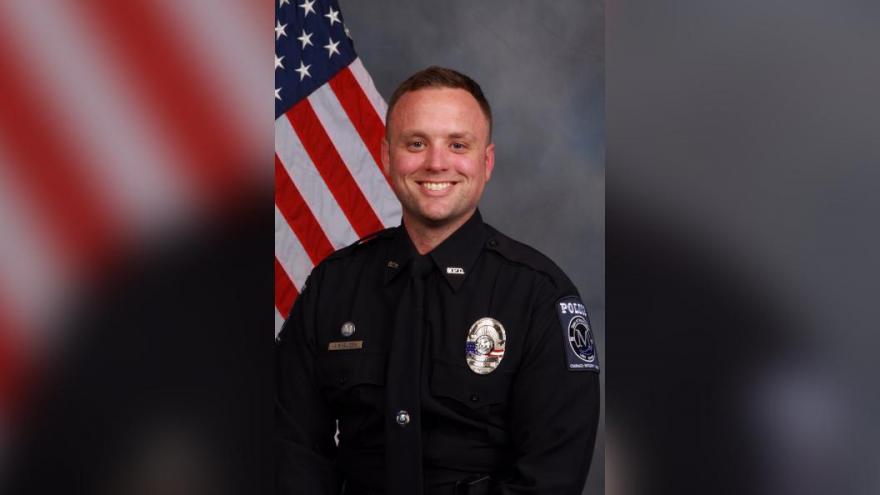 (CNN) -- A police officer was fatally shot during a routine traffic stop in Mooresville, North Carolina, late Saturday, and the suspect later killed himself, the police department said.

K-9 Officer Jordan Harris Sheldon, 32, was transported to a hospital, but died from his injuries, Mooresville Police Chief Damon Williams said at a news conference.

The suspect, 28-year-old Michael Aldana, fled and was later found in an apartment near where the shooting happened. By the time police entered the apartment, the suspect was dead from a "self-inflicted gunshot wound," Williams said.

Aldana, a Mooresville resident, was known to the police, but had no violent history, Williams said.

Williams didn't give any further details on the suspect or why Sheldon had made the stop Saturday night.

Sheldon was wearing a body camera, and investigators are reviewing the film, Williams said.

Sheldon's police dog, Ramone, was with him at the time of the shooting, the police chief said.

Sheldon had been with the police department for six years.