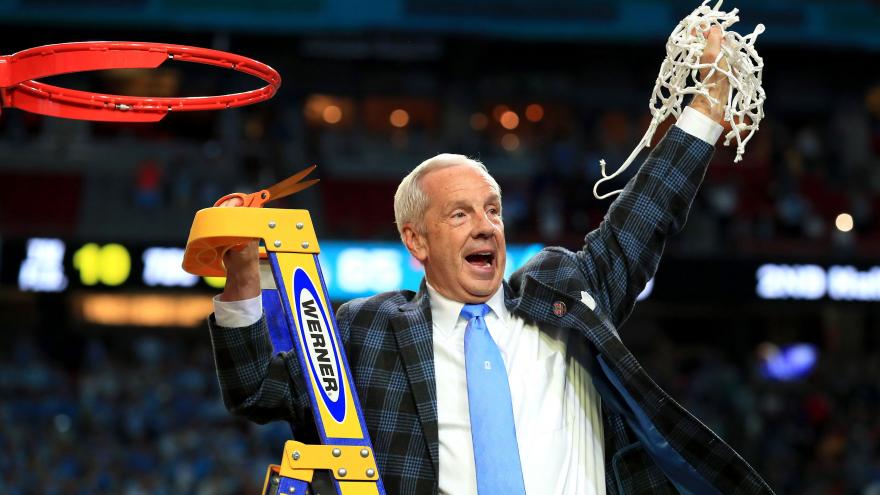 (CNN) -- One of college basketball's all-time coaching greats is calling it a career.

Roy Williams, who led North Carolina to three national championships and guided UNC and Kansas to nine Final Fours, is retiring after 33 seasons as a head coach, UNC said Thursday.

His 903 wins -- in 18 years at UNC and 15 at Kansas -- are the third most in men's Division I by a coach, behind only Mike Krzyzewski and Jim Boeheim.

After 33 years as a Hall of Fame head coach, our beloved Tar Heel Roy Williams is announcing his retirement.

Thank you for all you have done and meant to everyone who plays and loves our game.

The 2007 Naismith Hall of Fame inductee intends to address reporters at a news conference in Chapel Hill at 4 p.m. ET, UNC said.

Williams, who graduated from UNC in 1972, spent 10 years as assistant coach at North Carolina under legendary coach Dean Smith.

He then took the Kansas job in 1988 and guided the Jayhawks to four Final Fours -- including in 1991, when he lost to his alma mater and mentor Smith.

Williams took over the North Carolina program in 2004 and won his first national title with the Tar Heels in 2005, with future NBA first-round picks Marvin Williams, Raymond Felton, Sean May and Rashad McCants.

His Tar Heels won two more national titles -- in 2009, with players including Tyler Hansbrough, Ty Lawson and Danny Green, and 2017, with a roster led in scoring by Justin Jackson.

His Tar Heels ended this season with a 18-11 record, bowing out of the first round of the NCAA Tournament with a loss to Wisconsin.