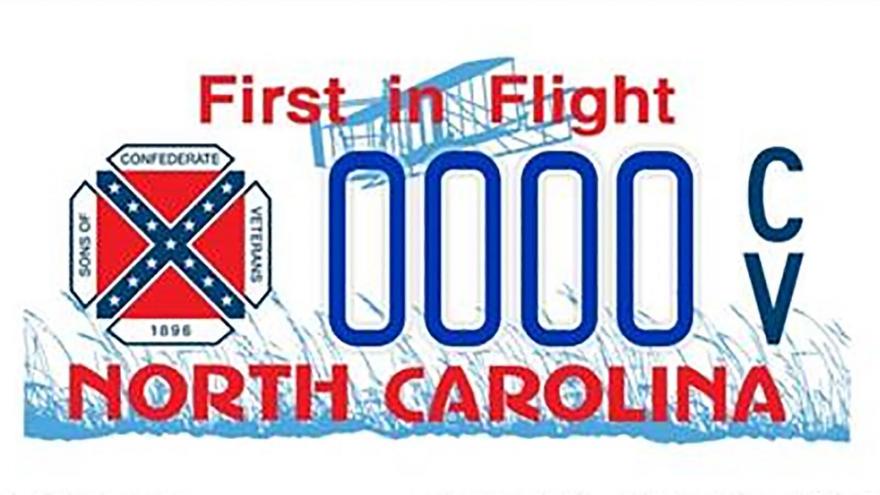 The state of North Carolina is no longer offering residents the option to obtain a specialty license plate that has the Confederate flag.

At the start of 2021, the state's Division of Motor Vehicles was no longer issuing or renewing specialty license plates "bearing the Confederate battle flag or any variation of that flag," said North Carolina DOT spokesman Steve Abbott in a statement.

The Confederate flag license plates are a specialty plate of the North Carolina Division of Sons of Confederate Veterans. The group has called the new rule "discrimination," and claimed in a statement that the state is breaking the law.

"The NC-DMV has claimed that our civic group's legally registered logo may be offensive and is inappropriate for display. Make no mistake about this... We are a hereditary civic organization that takes great pride in our ancestry, our deep roots, our ethnic heritage, and our ancestor's sacrifices to the Southern States including North Carolina," the group said in a statement.

It continued, "This blatant discrimination by our government is being driven from ignorance of our State's true history by some and a deep hatred for native Southerners by others. We fear it is more of the latter, being driven by racist organizations and intolerant politicians that would rather condone violence and destruction against anyone or anything that doesn't conform to their way of thinking."

"However, SCV's classification as a civic organization does not entitle it to dictate the contents of the government speech on that specialty plate," the DOT said in the statement. "Efforts were made, and will continue to be made, to work with the SCV to develop artwork for these specialty plates that does not contain the Confederate battle flag. Since these efforts have proven unsuccessful so far, the DMV determined the agency would no longer issue or renew these specialty plates."

The Confederate flag has become a symbol of White supremacy in the United States, and North Carolina isn't the first to reconsider its association.

Last year, the US Marines and the US Navy banned public depictions of the flag. Mississippi, the last state to have a flag bearing obvious images of the Confederate flag, officially changed its state flag last month after voters approved it in a referendum. The new flag features the state flower, a magnolia.