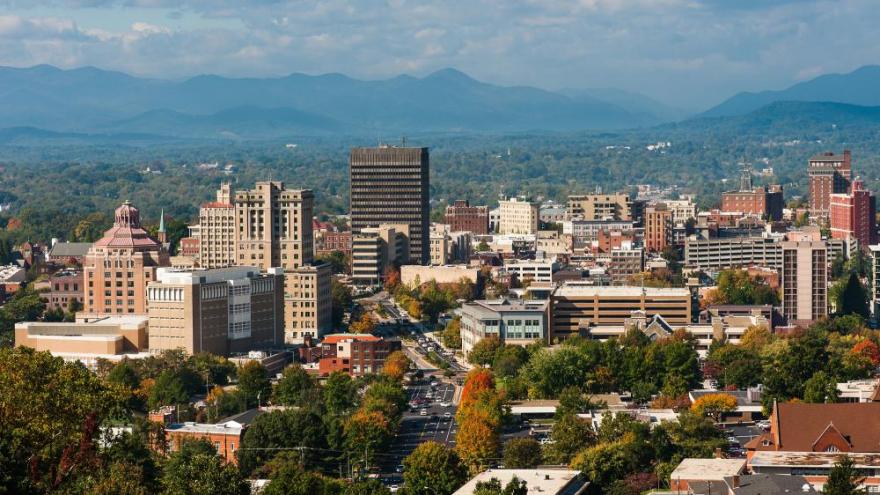 In a historic move, the city of Asheville, North Carolina, voted unanimously to approve a reparations resolution for Black residents.

(CNN) -- In a historic move, the city of Asheville, North Carolina, voted unanimously to approve a reparations resolution for Black residents Tuesday night.

Asheville, which is 83% White and 12% Black, formally apologized for the role it played in slavery and implementing racist policies.

The resolution, which passed in a 7-0 city council vote, does not mandate direct cash payments to descendants of slaves, or 40 acres and a mule. Instead, the city plans to make investments in areas where Black residents face disparities.

The resolution calls for "forming policy and programs that will establish the creation of generational wealth and address reparations due in the black community," as well as asking the state legislature and federal government to do the same.

The reparations battle has been long fought in the political arena. It hit the national spotlight again after the death in May of George Floyd in Minneapolis, with Democratic lawmakers in Congress calling for a vote on a bill to study reparations.

Republicans have been vocal critics. Last year, Senate Majority Leader Mitch McConnell said he opposed the idea, arguing "none of us currently living are responsible" for what he called America's "original sin."

Some at the meeting said Asheville is not going far enough because it fails to specify how reparations could be achieved. Council member Sheneika Smith acknowledged a need for more specifics, saying, "We need to bring a red pen to the table to actually circle expenditures and really show how they related to the stated goals."

"The days of incremental change, I believe, have left us," said council member Keith Young, who proposed the resolution.

Response from the community at the council meeting was mixed.

One woman who dialed in to the virtual meeting said she was shocked and disappointed with the city for passing the resolution. The woman, who identified herself as Jacqueline Morrison of Montford, argued that the city's Black police chief, city manager and council members are an "indication that Blacks can succeed in Asheville. So, to dump this all on us White folk -- I think is offensive."

Resident David Greenson, who identified himself as White, indicated his support. "White people: We have to realize that we are complicit, and our souls are in jeopardy," he said.

"This is not for the faint of heart to try to work on," Mayor Esther Manheimer said, referring to other negative responses the council had received by email.