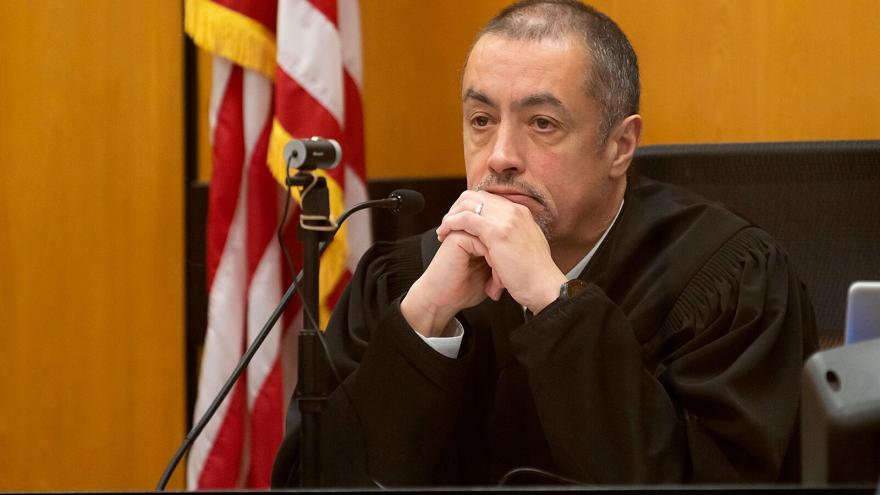 Judge James Arguelles listens to a victim impact statement during the sentencing hearing for Roy Charles Waller on December 18, 2020.

(CNN) -- Roy Charles Waller, a serial rapist who terrorized northern California for at least 15 years, will spend the rest of his life behind bars.

Known as the "NorCal Rapist," Waller was sentenced to 897 years to life in state prison Friday after he was convicted of crimes including kidnapping, forcible rape, oral copulation, sodomy and foreign penetration, the Sacramento County District Attorney's Office said.

Last month, a Sacramento jury convicted him on 46 counts in a series of assaults between 1991 and 2006 on nine women, all of whom testified in their decades-long quest for justice.

Waller, now 60, assaulted women in six Northern California counties. In many instances, he would break into homes, bind his victims and repeatedly sexually assault them, according to the Sacramento police detective Avis Beery.

The serial rapist would usually strike at night and would sometimes kidnap the women and take them to ATMs where he would rob them, or he would steal items from their homes, Beery said.

Since 2006, police have had DNA evidence linking six of the cases to the same suspect.

They were unable to determine the attacker was Waller, however, because his DNA was not in the state's criminal offender database.

The breakthrough finally came in September 2018, when biological evidence left at the crime scene of one of the women who'd been sexually assaulted was used to develop a specialized DNA profile, according to the district attorney's office.

Using cutting-edge investigative genetic genealogy, (IGG), investigators tracked down a list of the perpetrator's potential relatives were able to narrow in on Waller as the suspect.

No DNA or other genetic material from these potential relatives was shared with law enforcement, according to the district attorney, but investigators constructed family trees, which led them to focus in on Waller. The same DNA technology was used to identify the Golden State Killer.

Within days, Waller was arrested at his place of employment in Berkeley, according to prosecutors.

"It didn't matter what I did," Joe Farina, Waller's defense attorney, said last month, in the wake of Waller's conviction. "It was a DNA case. We could not overcome the fact that his DNA was at nearly all the crime scenes."

Farina told reporters outside of the courthouse on Friday that Waller maintains he is not guilty and that he would be appealing the sentence, according to CNN affiliate KPIX.

In addition to the nine women who testified, retired officers, detectives and sexual assault forensic nurse examiners traveled from multiple states to Sacramento to present their testimony.

Some of these witnesses were retired and in their 80's, according to the district attorney.

"The victims waited for decades for justice and it was only through the use of IGG that the identification and arrest of Waller was possible," the district attorney's office said in a new release.

"The Sacramento County District Attorney's Office would like to thank the original detectives from agencies in each jurisdiction on these cases who never gave up pursuing the offender."