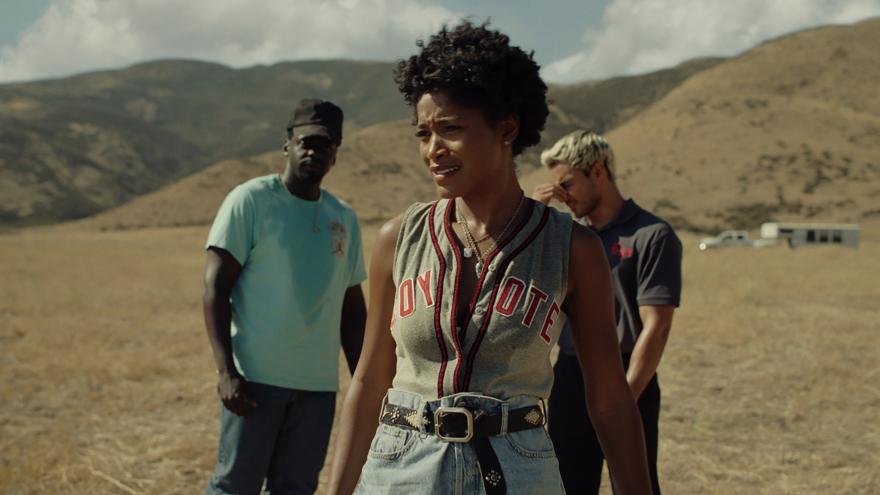 (CNN) -- Jordan Peele is hoping to go three-for-three at the box office.

The director's third movie, "Nope," opens this weekend, and despite a plot shrouded in mystery it's one of the most anticipated films of the year. The Universal Pictures film, which stars Daniel Kaluuya as a Hollywood horse wrangler dealing with extraterrestrial issues, is projected to make around $50 million in North America this weekend.

That would give the film the No. 1 spot at the box office, and nearly make back its $68 million budget. Plus, it would deliver Peele his third straight hit.

The film made $6.4 million in previews on Thursday.

Peele, who started in the sketch comedy world on Comedy Central's "Key & Peele," came blazing onto the film scene in 2017 with his directorial debut, "Get Out." The horror film was a phenomenon, critically and commercially.

Following that up would be difficult for any first-time director, but Peele was up for the challenge.

"Us," his second film, blew past expectations at the box office in 2019, opening to roughly $70 million in North America — more than tripling its production budget of $20 million in its first weekend. The film eventually made $255 million worldwide as well.

Now, Peele is back to see if he can do it again.

"Nope" is garnering solid reviews with a 81% score on review site Rotten Tomatoes. A lack of competition and excessive heat throughout the US could boost numbers as audiences look for air-conditioned solace at the cineplex.

Then again, "Nope" may also face some hurdles this weekend since it's an original film. It's arguably more difficult to rope in audiences when a film is not connected to any intellectual property or brand like Marvel or isn't a sequel to a popular film like "Top Gun: Maverick." Also, Peele's movies — while certaiainly entertaining — are reliably cerebral, which could leave some audiences perplexed more than pleased.

After directing two hit films Peele is something of a franchise unto himself and his name on the poster alone could be enough to wrangle audiences.

For the movie theater industry, the opening of "Nope" is vital, since there are few big movies for the rest of the summer, which so far has rebounded nicely from two terrible years because of the pandemic.

If it opens well and gets strong word of mouth, the next few weeks of the summer box office could hold steady, bolstered by new audiences seeing "Nope" and old audiences returning to see it again.

If not, "Nope" won't just be the title of the film, but could also be the answer to "Hey, is there anything good playing at the movies?" into the fall.