No word from Ukraine's missing Azovstal defenders, say some families 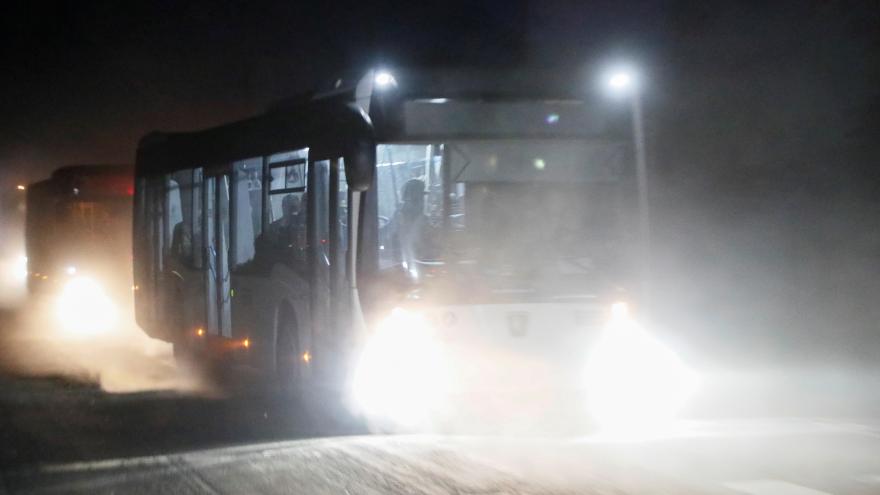 (CNN) -- Two weeks ago, hundreds of Ukrainian fighters ended their defense of the Azovstal steel plant. Now, some of their loved ones say they still have heard little or no information on their whereabouts.

"I have not been in touch with my husband or got any information about him lately," said Anna Ivleva, the wife of Anton, a marine who was seriously wounded during Russia's siege on the factory in Mariupol.

It's been over a month since she spoke with him.

"The last time we spoke was on April 13. And then his brothers-in-arms would send me texts that he was still alive," Ivleva said.

Though Ukrainian government officials have been in touch, she has "no information" on where Azovstal fighters are being kept and under what conditions, she told CNN.

Yet she hopes her husband is still alive, even if in captivity.

"We all -- families, wives and mothers of the marines, are sticking to each other, we are always in touch with each other 24/7," she said. "We always exchange any available news, we are like a family."

After a lengthy siege, the Ukrainian port city of Mariupol fell under complete Russian control earlier this month with the surrender of Azovstal, the city's last bastion of Ukrainian defense.

It is unclear how many Ukrainian troops are now in Russian custody, but the Russian military has claimed that over 2,000 Ukrainian service members surrendered there.

Russian state propaganda has demonized Azovstal defenders as "Nazis," raising serious concerns about how they may be treated in captivity.

Another women named Yana -- whose boyfriend is a marine who was in Azovstal -- spoke to CNN on condition of anonymity, citing security concerns.

"I have not heard from him or anything about him," she said. "Last time we were in touch was on May 11."

The Ukrainian government has not provided any information on where her boyfriend might be, she said.

"My boyfriend's mother was contacted by [the International Committee of the Red Cross], I can't remember when exactly," she said. "They only told her he was alive, that's it."

The ICRC has been involved in registering combatants leaving the Azovstal plant since May 17 -- partly in order to help prisoners of war keep in touch with their families. The organization has been working in Ukraine since 2014, when the war in Ukraine's Donbas region began.

Another wife of an Azovstal defender, Tetiana, said her husband managed to call her from an unknown number after the surrender and said some of his comrades were being held in a town in the separatist-held Donetsk region. CNN agreed not to report her surname for the same reasons.

"His voice was calm and confident," she said. "He said that the conditions they were being kept were OK. He said it might be possible in the future that they would be allowed to receive some packages."

Tetiana said she spoke with her husband for about ten minutes, and that her husband said that he would try to call again.

But since then, she too has heard nothing.