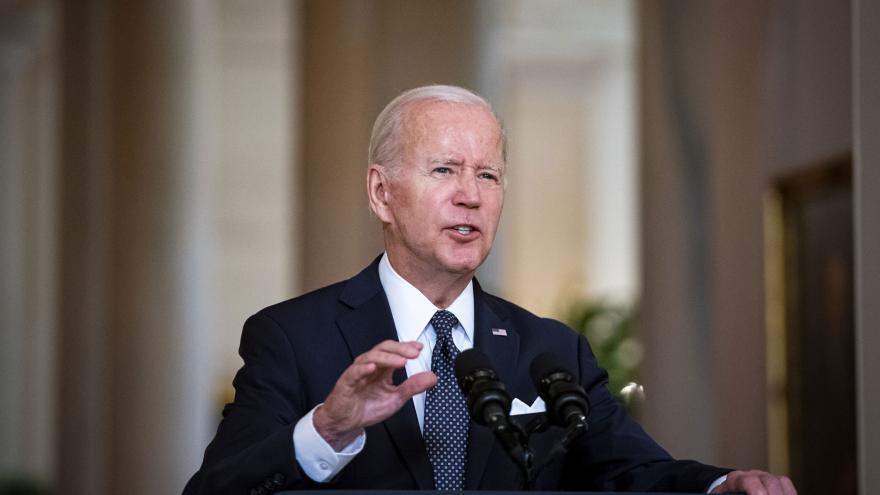 "A small private plane entered restricted airspace, all indications are by mistake, and precautionary measures were taken," an official told reporters Saturday. "There was no threat to the President or his family."

A White House official later added that the President and first lady were moved from their Rehoboth Beach home but are now back at their residence.

The Bidens had been scrambled to a different location without assembling the pool of journalists that typically travels with the President. The White House notified the traveling press pool of the incident nearly an hour after it occurred.

The Bidens are spending the weekend in Rehoboth Beach, in part to celebrate the first lady's birthday, which was Friday.

The US Secret Service confirmed in a later statement that the small plane had entered the restricted airspace near the Bidens' beach house by mistake.

"Shortly before 1 p.m. today a privately owned aircraft entered the restricted airspace over Rehoboth Delaware after mistakenly entering a secured area. The aircraft was immediately escorted out of the restricted airspace. Preliminary investigation reveals the pilot was not on the proper radio channel, was not following the NOTAMS (Notice to Airmen) that had been filed and was not following published flight guidance. The United States Secret Service will be interviewing the pilot," Secret Service spokesman Anthony Guglielmi said in the statement, passed along by the White House.

Additionally, a USSS official told reporters on background, "Precautionary security measures were taken but there was no significant threat to the protectee."

This story and headline have been updated.