No shipments of J&J's Covid-19 vaccine have gone out from the government in weeks, official tells CNN 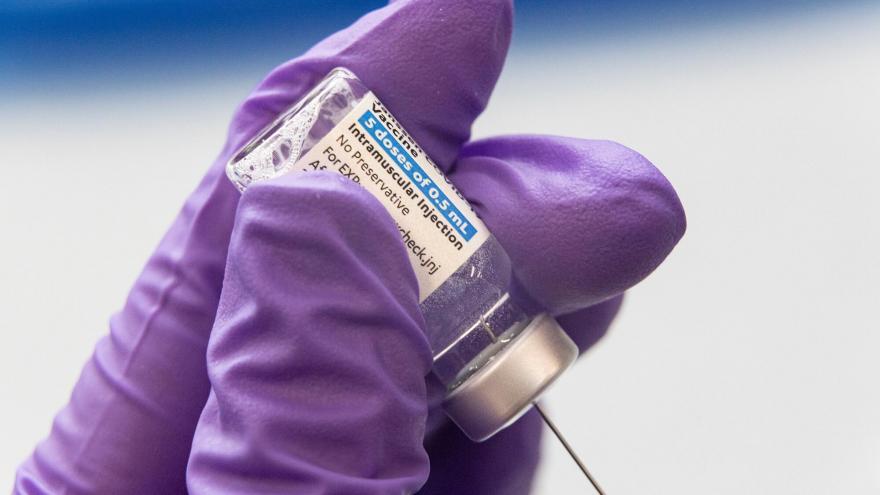 No shipments of Johnson & Johnson's coronavirus vaccine have gone out from the federal government in several weeks, CNN has learned, because the one-shot vaccine is in short supply.

(CNN) -- No shipments of Johnson & Johnson's coronavirus vaccine have gone out from the federal government in several weeks, CNN has learned, because the one-shot vaccine is in short supply.

The government has not sent any doses of the J&J vaccine to states since the first week of May, an official told CNN. That figure is in line with data from the US Centers for Disease Control and Prevention on vaccine shipments.

The lag comes, however, as the pace of vaccination has slowed in recent weeks and nearly half of the eligible US population -- people 12 and older -- is already fully vaccinated. The J&J vaccine is authorized for use in people 18 and older.

Nearly 11 million doses of the Johnson & Johnson vaccine -- about half of the more than 21 million doses that have been delivered to states and other jurisdictions -- have not been administered, according to CDC data.

The lack of shipments is directly linked to the issues related to the Emergent BioSolutions plant in Baltimore. The facility, which has struggled with contamination problems, still hasn't produced a single usable dose of J&J's vaccine as it awaits regulatory approval from the US Food and Drug Administration.

Earlier Thursday, Johnson & Johnson said in a statement that the FDA had authorized an extension of the shelf life of its Covid-19 vaccine. The move increases the refrigerated storage time for the vaccine from three months to 4 1/2 months, and comes as some states had said currently available doses were set to expire at the end of June, potentially before being used.