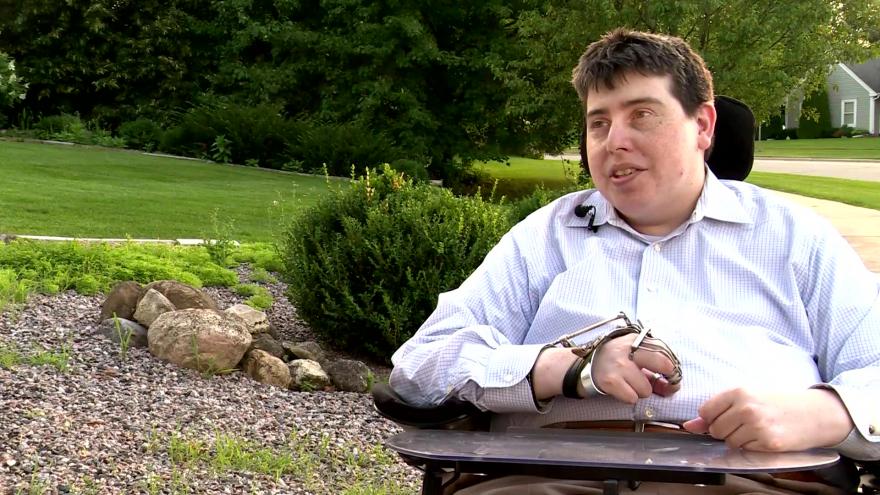 MADISON, Wis. (AP) — The Republican leader of the Wisconsin Assembly on Thursday accused a paralyzed Democratic lawmaker of going public with his requests for accommodations to undermine the GOP legislator's taking over as head of a national organization.

Democrats first asked Vos to make accommodations for Anderson in January. Anderson said he only went public because nothing had been done after six months. He called Vos's claims that he timed the story to undermine him "ridiculous," ''sad" and "myopic."

Anderson said he didn't even know Vos was president until after the fact when he saw others tweeting about it.

Anderson, 32, was paralyzed from the waist down after a drunken driver slammed into his car in 2010, killing his parents and brother.

Anderson has a series of requests for Vos. He wants to be allowed to call into committee meetings when he can't be there in person. He's also asking that hearings and meetings be held "during reasonable hours" and not overnight. Anderson also wants an Americans with Disabilities Act coordinator to be assigned to determine when accommodations should be granted.

All 35 Democratic members of the Assembly, outside of Anderson, signed a letter sent to Vos on Wednesday asking for accommodations. None of the 63 Assembly Republicans signed it.

Vos, who earlier accused Anderson of "political grandstanding," said his latest request is a continuation of a complaint he made in January. Anderson said then that GOP leaders did not accommodate his needs when they held an overnight lame-duck legislative session in December on legislation to curb the power of incoming Democratic Gov. Tony Evers.

Vos said Thursday that Anderson will take "any opportunity to put sand in the gears, to slow down the process of Republicans actually passing legislation." Even so, Vos said Republicans will meet to discuss making accommodations. Vos had previously told Anderson he would tape committee meetings he missed so he could watch them later.

"I'm sure at the end of the day we will make accommodations and there will be no news coverage of it because it's all about making Republicans look bad," Vos said.

Anderson was not holding out hope his requests will be granted.