No evidence of catastrophic engine failure in helicopter crash that killed Kobe Bryant and eight others, NTSB says 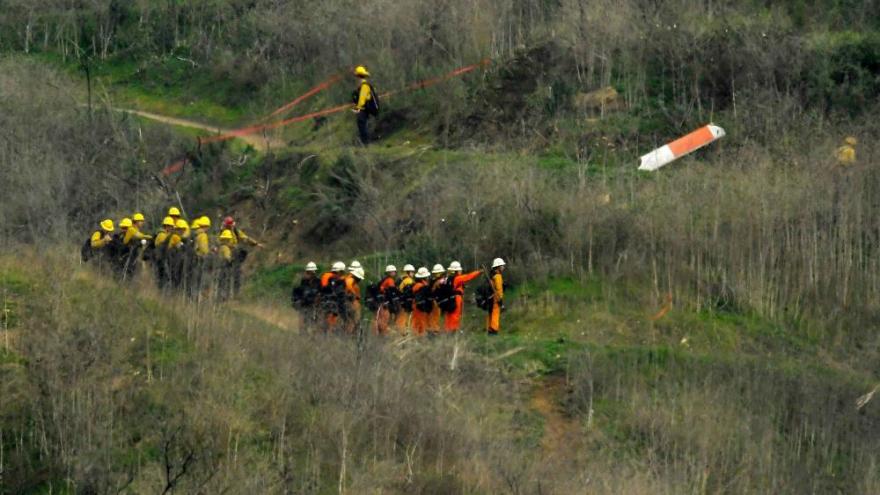 (CNN) -- The National Transportation Safety Board, which is looking into the January 26 helicopter crash that killed Kobe Bryant and eight other people in Southern California, announced Friday there was no evidence of catastrophic engine failure.

"Viewable sections of the engines showed no evidence of an uncontained or catastrophic internal failure," the investigative update said.

The NTSB report said one witness reported he heard the helicopter and saw the blue and white aircraft emerge from the clouds passing from left to right directly to his left. He thought it was on a "forward and descending trajectory."

The witness told investigators the Sikorsky S-76B started to roll to the left and he briefly saw its belly. It was only a couple seconds before it crashed about 50 feet below him, the update says.

The report found no outstanding airworthiness directives (no safety notices about issues involving helicopter) and that all inspections on the aircraft were up to date.

"Our investigators have already developed a substantial amount of evidence about the circumstances of this tragic crash," said NTSB Chairman Robert L. Sumwalt in an accompanying statement Friday. "And we are confident that we will be able to determine its cause as well as any factors that contributed to it so we can make safety recommendations to prevent accidents like this from occurring again."

The cause of death for all nine victims was determined to be blunt force trauma, and the manner of death was certified as accident, according to the coroner's office.

The group was expected at the Mamba Sports Academy in Thousand Oaks for a basketball game on the day the helicopter crashed about 30 miles northwest of downtown Los Angeles.