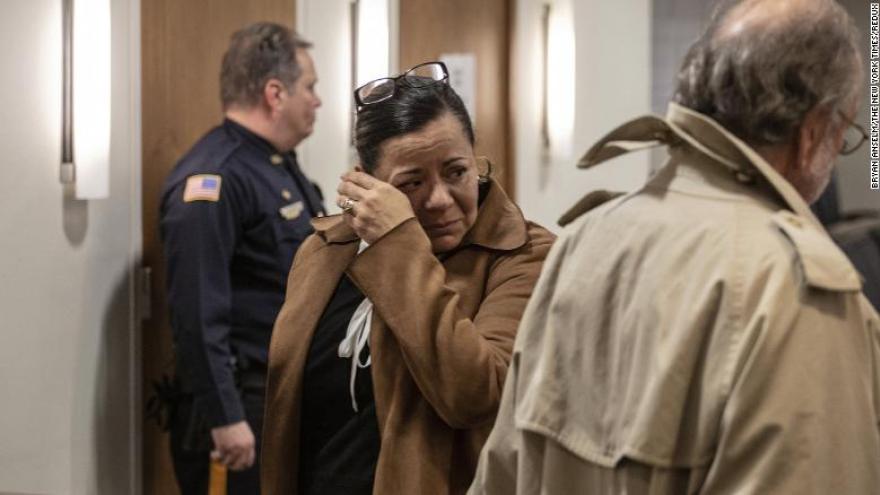 (CNN) -- A New Jersey woman has been convicted of second degree vehicular homicide in one of the first cases in the state to rely on texting while driving to establish recklessness, according to the Office of the Monmouth County Prosecutor.

Monsonet was texting and driving on the morning of September 28, 2016 when her Mercedes-Benz rear ended a Toyota Corolla -- which then fatally struck 39-year-old pedestrian Yuwen Wang in Hazlet, according to the prosecutor.

"This is the first trial in Monmouth County that relied solely on cell phone use to establish recklessness in a Vehicular Homicide case," Gramiccioni said in a statement Saturday. "We believe it is one of -- if not -- the first such trials in the state."

Mansonet's lawyer did not immediately respond to a request for comment.

At the time of the collision, the driver of the Corolla was with his son and had stopped for pedestrians in a crosswalk, prosecutors said.

Hazlet Township Police Department and prosecutors determined that Mansonet was "using her cellular telephone while driving and made no observations" of the Corolla, Gramiccioni's statement said.

"Mansonet never activated her brakes and collided with the vehicle, causing it to cast forward and strike the victim," according to the prosecutor.

Wang was transported to a hospital, where she died on October 3, 2016.

Mansonet will be required to serve 85% of her sentence before being eligible for parole, the prosecutor said.

"Texting while driving puts drivers and pedestrians in grave danger and we are hopeful that the jury's verdict will reinforce the public's awareness of this risk," Gramiccioni said.

"Even taking your eyes off the road for mere seconds is not worth the risk of the serious bodily injury or death that can result from texting while driving," he added.