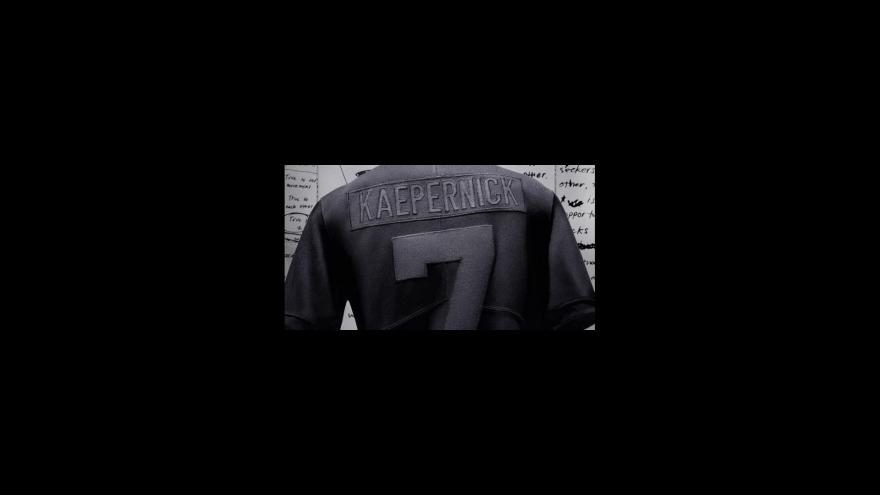 The Icon Jersey 2.0, which retails for $150, went on sale Thursday morning and sold out in less than a minute, Nike confirmed to CNN.

This is not the first time that Nike's Kaepernick-themed apparel has quickly sold out. The Icon Jersey 1.0 was released last year and Kaepernick announced that the jersey sold out in approximately 10 hours. In 2018, Kaepernick said on social media that a Kaepernick Icon tee sold out in a few hours.

"Since then, the number 7 jersey has become a symbol for advancing the liberation and well-being of Black & Brown communities. Thank you for staying True."

NFL Commissioner Roger Goodell said in August that he wishes he had "listened earlier" to Kaepernick. With national protests erupting across the country over the deaths of George Floyd, Breonna Taylor, Ahmaud Arbery and Jacob Blake, the NFL has launched a set of social justice initiatives, which includes stenciling "It Takes All Of Us" and "End Racism" in the end zones all season long.

However, Kaepernick and former teammate Eric Reid recently called out the NFL for what they believe is a disingenuous effort to promote racial equality and social justice.

"While the NFL runs propaganda about how they care about Black Life, they are still actively blackballing Eric Reid (@E_Reid35) for fighting for the Black community," Kaepernick tweeted. "Eric set 2 franchise records last year, and is one of the best defensive players in the league."

Kaepernick has not played in the NFL since opting out of his contract at the end of the 2016 season when he first began to kneel, and he filed a lawsuit alleging that NFL team owners colluded to keep him from being signed. He settled a collusion grievance with the NFL along with Reid last year.

Nike said in a statement, "Through his continuous commitment, the number 7 jersey has become an iconic symbol for progress and positive change. Colin and Nike team up together once again, this time with a Triple Black jersey, paying homage to the anniversary of Kaepernick seeking what's true."