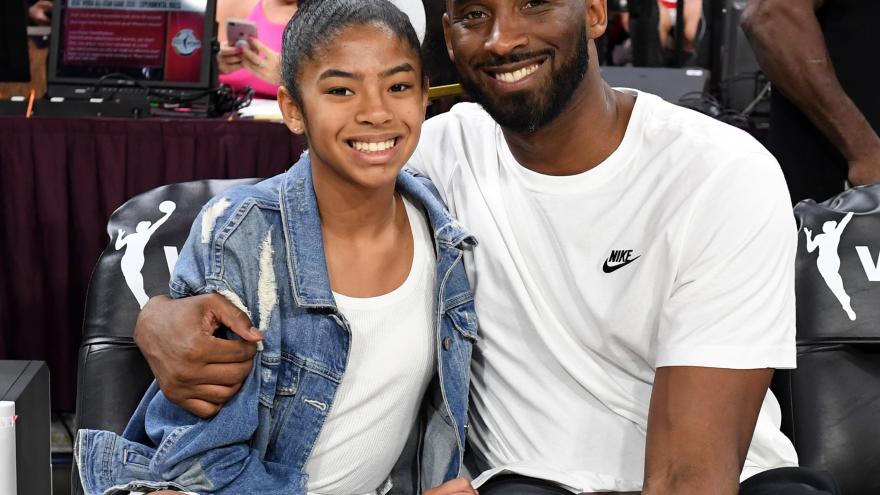 (CNN) -- Nike has released a special pair of "Mambacita Sweet 16" shoes to honor Gianna "Gigi" Bryant on what would have been her 16th birthday.

"I'm so happy with the way these Mambacita shoes came out in honor of my daughter, Gigi," wrote Vanessa Bryant on Instagram. The shoes feature a black snakeskin pattern to represent "Gigi's Mambacita Mentality."

"The 'Mambacita Sweet 16' is inspired by her resilient spirit and the love she had, not only for the game, but for her family, friends and community," said Bryant in a note posted to her Instagram. "Part of her legacy is about building a better future for all girls and women in sport, one step at a time."

Gianna and her father, basketball legend Kobe Bryant, were killed in a helicopter crash in January 2020. Like her father, Gianna was also a talented basketball player and aspired to play in the WNBA. Earlier this year, Bryant announced that she had reached a deal with Nike to create apparel to honor the late basketball player, nicknamed the "Black Mamba."

"The Kobe 6 Protro 'Mambacita Sweet 16' honors the legacy that Kobe and Gianna 'Gigi' Bryant built," wrote Nike in a statement announcing the release. "One that propelled all generations to continue their quest to be better, for themselves and for the game that unites us all."

Proceeds from the shoes will go towards the Mamba & Mambacita Sports Foundation, a nonprofit organization dedicated to honoring Kobe's and Gianna's legacies by supporting underserved athletes, according to Nike.