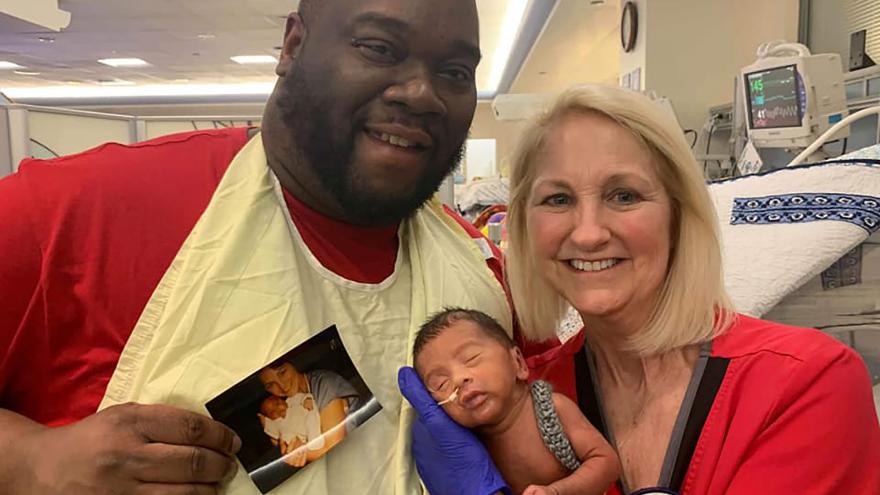 (CNN) -- Little Zayne Caldwell's early arrival into this world led to a surprise reunification for his father and a nurse who cared for them both.

Zayne was born on January 30 in New Brunswick, New Jersey, 10weeks before his expected due date.

"It came out of nowhere and I just started having contractions," Renata Freydin, Zayne's mother, told CNN. "He wasn't having any of it. He wanted to come out."

Freydin, 34, and her fiancé, David Caldwell, packed up their car and headed to the hospital -- the same hospital where Caldwell was born premature more than three decades ago.

Zayne was admitted to theNeonatal Intensive Care Unit(NICU) at The Children's Hospital at Saint Peter's University Hospital, where his mother said he is getting stronger everyday.

Three days later, the new parents were at home when Caldwell, 33, wanted to look at his baby pictures to see how much his son resembled him. As Freydin was flipping through the photos one of them struck her as familiar.

"I saw the picture and I knew right away it was nurse Lissa," Freydin said. "He didn't believe me and said 'no way, it's not possible.'"

Lissa McGowan, a NICU nurse, had been caring for Zayne since he was born and now a photo from decades ago shows she also cared for Caldwell.

"We have so many babies who cross our paths, and we have had many who say they had a relative here, but it's never hit so close to home where it is father and son, not for me," McGowan told My Central Jersey. "It's been a very nice surprise."

Freydin shared images on Facebook showing McGowan cradling Zayne and recreating the image from years ago. The nearly three-week-old baby is already a social media star with this mom's post being shared more than 24,000 times and counting. 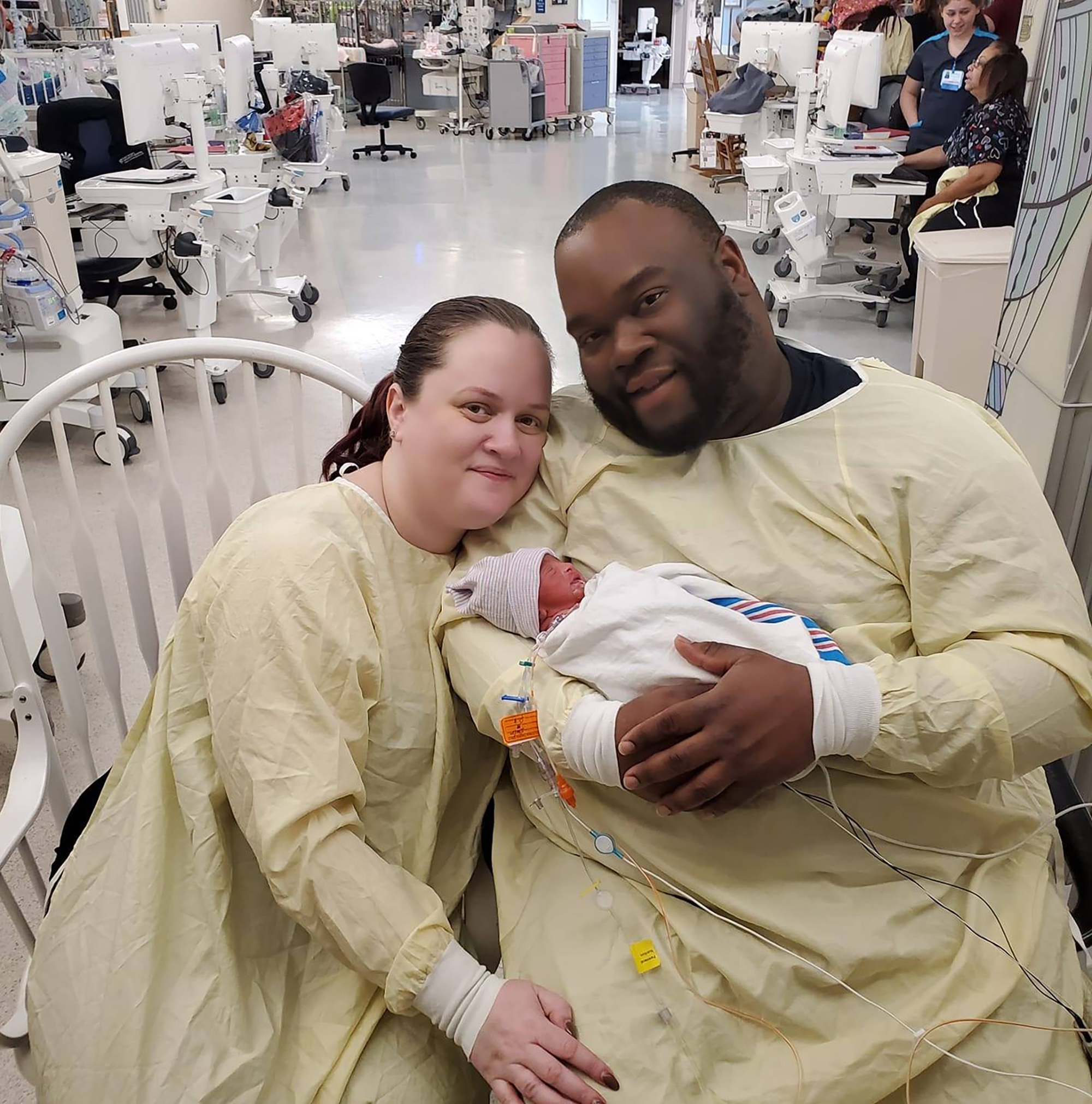 The new mom said she didn't expect the post to get the response it has, but the attention has helped take her mind off her recovery from the tough pregnancy and when Zayne will be discharged from the NICU. In the meantime, she says he is very strong and likes to hold on to peoples' fingers really tight.