Nicole Kidman considered dropping out of 'Being the Ricardos' 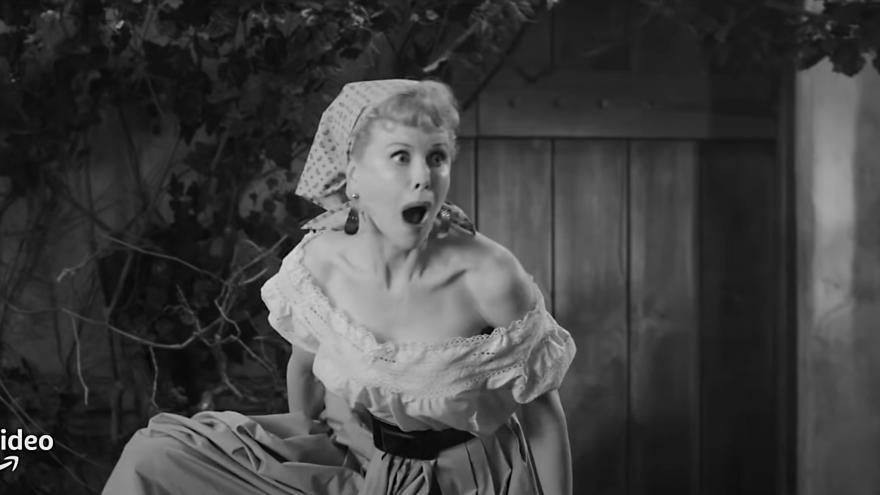 (CNN) -- According to Nicole Kidman, internet backlash over her casting as Lucille Ball in "Being the Ricardos" almost made her step away from the project.

But a high-profile supporter helped convince her to stay on, Kidman told "Today.'

"[I'm] a human being, so there's time when you go, 'Gosh, maybe I'm not the right person for this,'" Kidman said. "That's where having somebody like Aaron [Sorkin, who directed and wrote the biopic], who really said at the beginning, he was like, 'I'm not wanting a perfect rendition or imitation of Lucy. No, no, no, no, no.'"

When news first broke that Kidman had been cast as the legendary redheaded star, there were plenty of people who doubted she was the ideal choice.

However, Sorkin let her know he wanted someone who could channel the icon and relate to her experiences, which Kidman said she did.

Kidman also had the support of Lucie Arnaz, the daughter of Ball and Arnaz.

Arnaz posted a video on her Facebook page in January saying that people "should understand, we are not doing a remake of 'I Love Lucy.'"

"It's the story of Lucille Ball, my actual mother, not Lucy Ricardo, and her husband, Dezi Arnaz, my dad, not Ricky Ricardo," the younger Arnaz wrote. "There will be humor in the film, but it is a story of the two of them and how they met and what went right with finding the show, what went wrong, their relationship, their love affair."

"Being the Ricardos" is streaming on Amazon Prime.