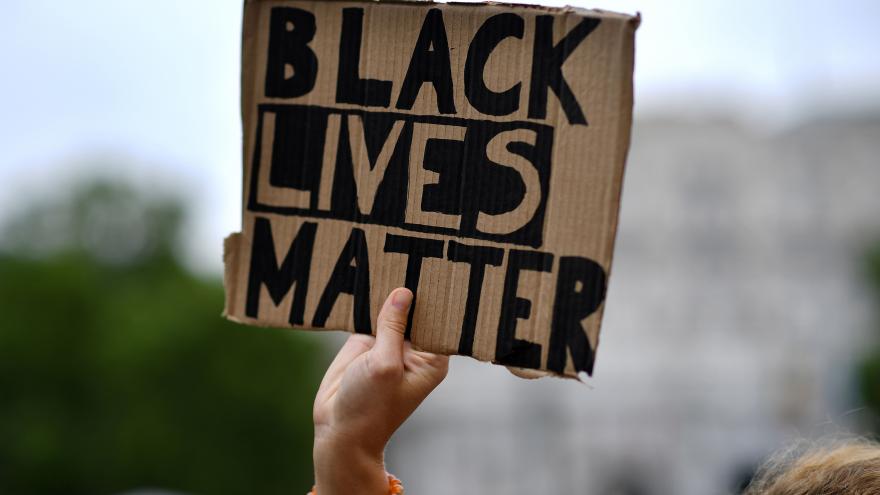 (CNN) -- To honor the memory of George Floyd, all of ViacomCBS' cable channels went silent earlier this week.

On Monday evening, the cable channels showed a public service announcement for 8 minutes and 46 seconds — the amount of time Floyd was pinned to the ground. The purpose was to "honor George Floyd and pay tribute to other victims of racial violence," according to a statement by Bob Bakish, ViacomCBS' CEO.

The ad flashed the words "I can't breathe" with the sound of a person gasping for breath. It was shown across ten networks including MTV, BET, Comedy Central, CMT, CBS Sports Network and Nickelodeon.

Nickelodeon, which is ViacomCBS childrens' network, posted a "declaration of kids' rights" on its official Twitter account with the hashtag "Black Lives Matter."

In a statement to CNN Business about some of the negative reaction it received, the network said it was letting the ad speak for itself.

Nickelodeon has a long history of covering current events and social justice, including the former show "Nick News" hosted by Linda Ellerbee. She signed off from the network in 2015 after 25 years with Nick.