NHL playoff game takes 5 overtimes to complete, making it one of the longest in league history 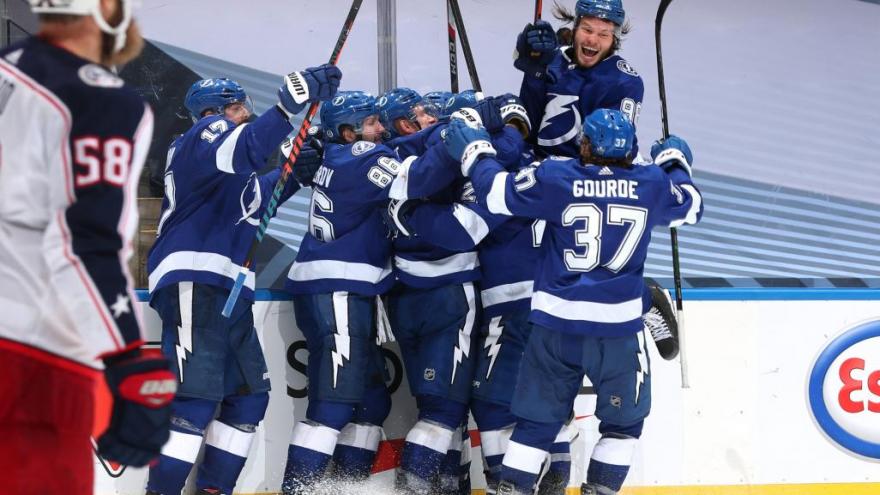 The 2020 NHL Stanley Cup Playoffs got off to an exciting start Tuesday as the Columbus Blue Jackets and Tampa Bay Lightning played one of the longest games in NHL history. It took so long that another game had to be postponed.

The Blue Jackets and Lightning needed five overtimes to determine the winner of Game 1 of their Eastern Conference first-round series in Toronto. The game, which started at 3:09 p.m., lasted more than six hours, with the Lightning winning 3-2 on a goal by Brayden Point. It was Tampa's 88th shot of the game.

According to NHL.com, it was the fourth-longest game in league history.

The game went so long that Game 1 of the Eastern Conference first round between the Boston Bruins and the Carolina Hurricanes -- which had been scheduled to start Tuesday at 8 p.m. in the same arena -- had to be rescheduled for Wednesday at 11 a.m.