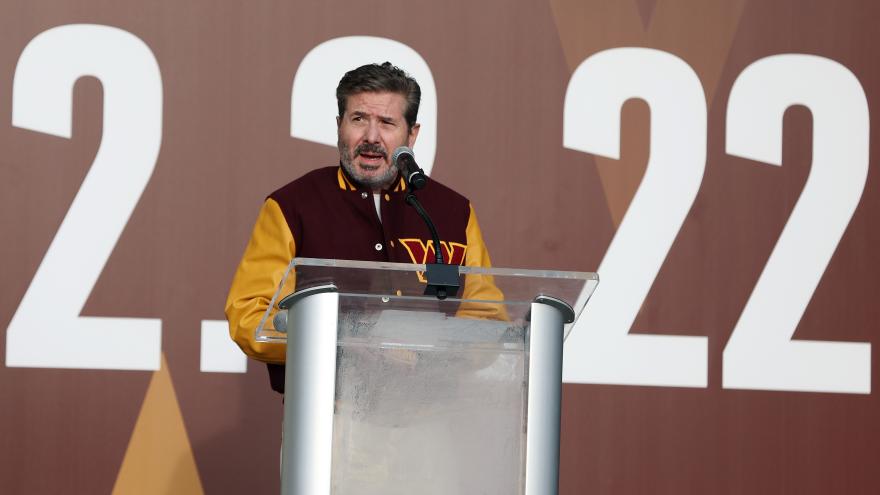 (CNN) -- The National Football League commissioner Roger Goodell and Washington Commanders owner Daniel Snyder have been called to testify before a Congressional committee as part of the House Committee for Oversight and Reform's investigation into Snyder and the team's reported hostile workplace culture.

Last October, Rep. Carolyn Maloney, Chairwoman of the Committee on Oversight and Reform, and Rep. Raja Krishnamoorthi, Chairman of the Subcommittee on Economic and Consumer Policy, announced the investigation following allegations against Snyder.

At a previous Congressional roundtable, former employees and cheerleaders accused Snyder of asking staff to compile lewd video clips of cheerleaders without their knowledge or consent.

A former video production manager alleged that he was asked to produce a lewd video featuring nude outtake clips of cheerleaders from a photoshoot without their knowledge at the request of Snyder.

CNN has reached out to Snyder and the Commanders for comment. Snyder has previously denied these claims.

On Wednesday, the Congressional committee said in a press release that its investigation had been "met with obstruction from the Commanders and the NFL at every turn ... we are calling on Mr. Goodell and Mr. Snyder to answer the questions they have dodged for the last seven months."

Both have been asked to appear at a hearing on June 22.

Brian McCarthy, Vice President of Communications for the NFL told CNN: "We received the Committee's invitation this morning and willl respond directly in a timely manner.

"The NFL has cooperated extensively throughout the Committee's lengthy investigation of the Washington Commanders, including by producing more than 460,000 pages of documents and responding to numerous questions in writing and in conversations with the Committee's staff."

"We hope they will demonstrate the same courage as our clients and agree to testify. Dan Snyder and Roger Goodell have a lot to answer for."