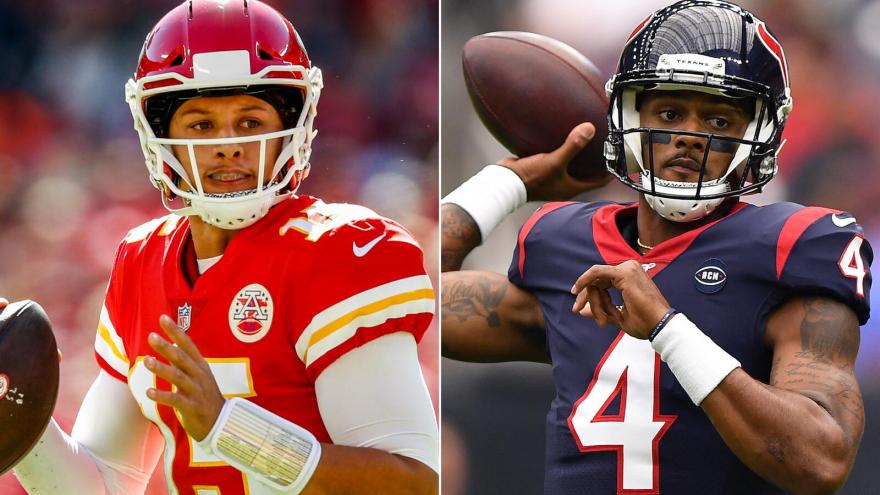 The Super Bowl champions, the Kansas City Chiefs will take on the Houston Texans in the opening NFL game.

(CNN) -- The wait is over, the NFL is back and from your couch things may look relatively normal, but there will be some changes from years past.

The season kicks off at 8:20 p.m. ET on Thursday and will feature the reigning Super Bowl champions the Kansas City Chiefs and the Houston Texans at Arrowhead Field in Kansas City, Missouri.

The first difference will be the stands. Many professional sports teams that have returned during the Covid-19 pandemic, have opted for no fans or spectators of any kind, but that will not be true for the NFL opener.

The Chiefs announced that it would allow a limited number of fans to enjoy the first game of the season with strict Covid-19 protocols. The stands will only hold 22% of the stadium's 76,000 seats, which will produce much less crowd noise and a ghost town look to the usually packed stands.

Sidelines will be less crowded

The sidelines will look different as well. There will be no cheerleaders, mascots, or sideline reporters allowed on the field, according to league officials. Reporters will have to use the stadium concourse for their pieces.

Some players will be missing

You may notice there is a player or two missing that you would normally see on your favorite team. More than 60 players have opted out of playing at this time to keep themselves and their families safe from the virus.

"Being at the frontline during this offseason has given me a different perspective on this pandemic and the stress it puts on individuals and our healthcare system," Tardif said in a Twitter post.

"I cannot allow myself to potentially transmit the virus in our communities simply to play the sport that I love. If I am to take risks, I will do it caring for patients."

Social justice will be highlighted

On the field there will also be a nod to social justice. Commissioner Roger Goodell announced on September 1, that the league has planned a series of social justice initiatives, including helmet decals, a voter activation push and phrases stenciled in the end zones.

The phrases will include "It Takes All of Us" and "End Racism" and will be in each end zone of each game all season long.

The NFL will also play the song "Lift Every Voice and Sing" -- a song known as the Black national anthem -- before games on opening weekend, while airing footage that showcases the social justice work of players and teams, Goodell said.

Post game will be 100% social distanced, so players and coaches will not be exchanging a hug or a handshake after competition, and players are not allowed to swap jerseys. However, the league did clarify that the players could do so through the mail, just not on the field.