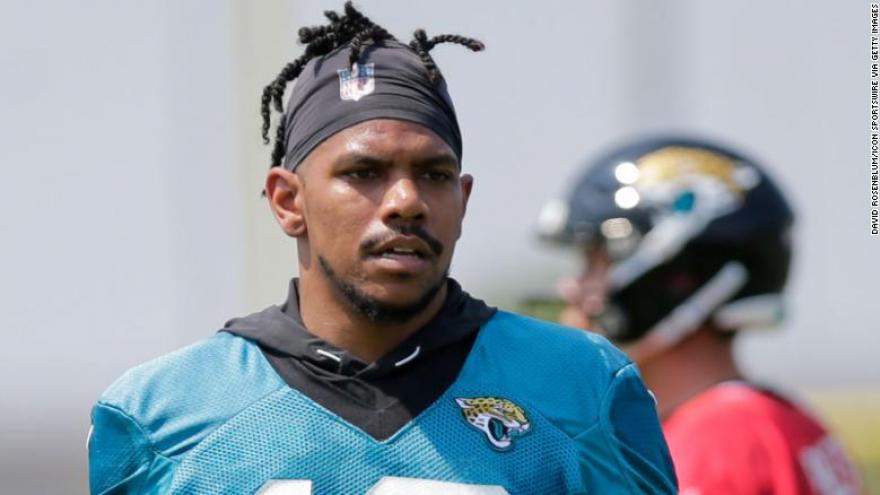 (CNN) -- Former NFL wide receiver Terrelle Pryor was hospitalized after being stabbed during a dispute in Pittsburgh, authorities said Saturday.

Pryor, who played quarterback at Ohio State, arrived at Pittsburgh's Mercy Hospital around 4:30 a.m. Saturday, and police officers learned he'd been stabbed during an altercation in an apartment in the city's north side, the Pittsburgh Bureau of Police said.

Police reports quoted witnesses as saying Pryor was stabbed after an argument with a woman turned into a physical struggle in the kitchen of his residence at the Heinz Loft apartment complex.

After consulting with the Allegheny County District Attorney's Office, police arrested Shalaya Briston, 24, of Munhall, Pennsylvania, on charges of criminal attempted homicide and aggravated assault, the bureau said in a statement.

Pryor, 30, a Pittsburgh resident, faces a charge of simple assault, according to police.

The two suspects are "believed to be mutual combatants in this incident," police said.

Three women, including Briston, drove Pryor to the hospital, the police report said. Investigators found a trail of blood from the apartment to a vehicle registered in Pryor's name, the report said. A woman also sustained injuries in the dispute, police said.

"The Pittsburgh Bureau of Police understands there is a heightened level of interest in this case, but Police will not be conducting interviews or holding a news conference at this time," the statement said.

Since entering the league in 2011, Pryor has played for the Oakland Raiders, Cleveland Browns, Washington Redskins, New York Jets and Buffalo Bills, according to NFL.com.

Pryor, a native of Jeannette, Pennsylvania, was released by the Jacksonville Jaguars before the start of this season, according to NFL.com. He played in two games for Buffalo and six for the Jets in 2018.