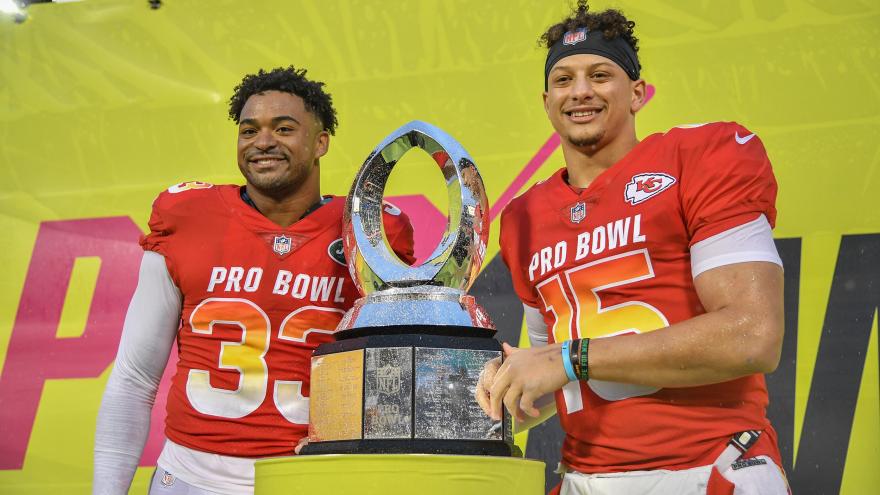 For the first time in more than 70 years, the league will not hold its annual all-star game. Instead, the NFL is focusing on completing the full regular season and postseason during the coronavirus pandemic.

To date, 12 NFL games have been postponed or rescheduled as a result of positive Covid-19 tests, with 11 teams having been directly impacted.

Las Vegas, which was slated to host this season's Pro Bowl at Allegiant Stadium, will instead welcome the league's best for the 2022 edition of the game.

The league said it and the NFL Players Association intend to play a full season and postseason culminating with Super Bowl LV, scheduled for February 7, 2021, in Tampa, Florida.

Even though the actual game won't be played, the NFL remains committed to selecting Pro Bowl teams. Voting by fans begins in mid-November, with rosters to be revealed in December.

Meanwhile, the league said it will work with the NFLPA and other partners to create "a variety of engaging activities" in place of the Pro Bowl.

"This virtual recognition of the season's finest players will provide fans the opportunity to celebrate the accomplishments of their favorite stars," said the NFL in a post on the league website.

The Pro Bowl is the most recent major NFL event to be derailed by the pandemic. The NFL draft was held virtually from Commissioner Roger Goodell's home, while all preseason games were canceled to limit player interactions.