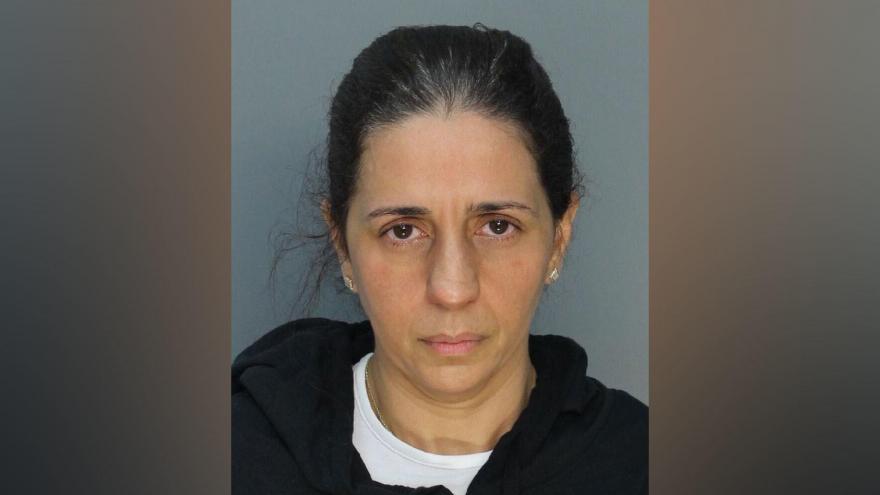 A nine-year-old is dead and police have charged his mother with murder, shortly after she reported him missing, according to Miami-Dade Police (MDPD) releases.

(CNN) -- Newly released video obtained by CNN network partner Univision shows the moment a Florida woman who's been arrested in the death of her 9-year-old son pushes him into a canal.

That moment, police say, was Patricia Ripley's earlier attempt at killing her son, Alejandro, before succeeding at a later time.

In the latest video to be released, recorded Thursday evening, Ripley, 45, can be seen walking with her son along a canal. Miami-Dade Police Detective Argemis Colome confirmed to CNN the identities of the two.

The mother and child are seen stopping along the edge of the water and moments later she appears to push the child into the water. Ripley is then seen running away from the canal.

She later returns with a man to rescue the boy out of the water. Once they succeed, Ripley is seen standing with the child drying him off with a towel, talking to bystanders in the neighborhood where the incident occurred.

An hour later, Ripley took her soon to a different canal where the boy drowned, according to a police affidavit. His body was found the next day.

CNN has reached out to Ripley's attorney for a comment regarding the release of the video.

She initially said he was abducted

Ripley initially told police that her son was abducted but later admitted during an interrogation that she led him to a canal where he drowned, according to the affidavit. She has been charged with first-degree murder and first-degree premeditated attempted murder.

In a Saturday statement to CNN, Ripley's attorney, Nelson Rodriguez-Varela, said the contents of the arrest affidavit are merely allegations and not proof of his client's guilt.

"Our position is that Mrs. Ripley is a good woman and mother who always looked after the best interest of her son Alejandro. This is not the time to rush to judgment in this matter," the statement said. "At this very preliminary stage, Mrs. Ripley is presumed innocent as any person charged with a crime would be."