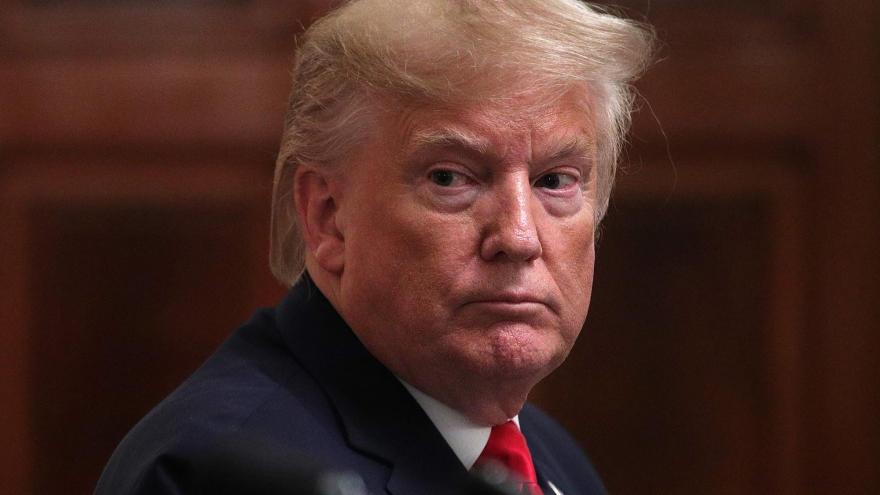 "Based on guidance I have received and in light of the Administration's plan to review assistance to Ukraine, including the Ukraine Security Assistance Initiative, please hold off on any additional DoD obligations of these funds, pending direction from that process," Mike Duffey, the White House official in the Office of Management and Budget responsible for overseeing national security money and a Trump political appointee, wrote to select OMB and Pentagon officials on July 25.

Duffey's email suggests that he knew the hold could raise concerns.

"Given the sensitive nature of the request, I appreciate your keeping that information closely held to those who need to know to execute direction," Duffey said.

While a formal notification would be sent later that day, this was the first clear sign that the aid was being held -- a short time after the phone call in which Trump pressed Zelensky for investigations that could boost Trump politically.

Senate Minority Leader Chuck Schumer renewed his call for Duffey to be a witness at the Senate impeachment trial, saying that the email showcases the information he may be able to offer.

"If there was ever an argument that we need Mr. Duffey to come testify, this is that information. This email is explosive. A top administration official, one that we requested, is saying, stop the aid 90 minutes after Trump called Zelensky and said keep it hush, hush. What more do you need to request a witness?" Schumer said at a news conference in New York on Sunday.

The budget office dismissed linking the hold of the aid to the call, noting it was announced at a mid-July interagency meeting.

"It's reckless to tie the hold of funds to the phone call. As has been established and publicly reported, the hold was announced in an interagency meeting on July 18. To pull a line out of one email and fail to address the context is misleading and inaccurate," Rachel Semmel, a spokeswoman for the OMB, said in a statement to CNN.

While an OMB official notified other agencies of the freeze on July 18, it is notable that the first official action to withhold Pentagon aid came the same day as Trump's call with Zelensky.

The call between Trump and Zelensky went from 9:03 am to 9:33 am and then the email from OMB's Duffey is time stamped at 11:04 am. That same email also appears elsewhere in the same batch released Friday with a 3:03 pm time stamp.

While much of the release was redacted, the documents shed some light on the conversations between two government organizations who were carrying out the President's orders even amid concerns by some that they could run afoul of the law.

One of the earliest signs of President Trump's concerns about the funds stems from a June 19 article in the Washington Examiner discussing the congressionally approved military aid for Ukraine totaling $250 million.

The President apparently took note of the article and Duffey asked the Pentagon's chief financial officer about the plan to support Ukraine the same day the article was published.

"The President has asked about this funding release, and I have been tasked to follow-up with someone over there to get more detail."

Trump would go on to freeze the funds and, as the freeze dragged on, officials began raising concerns about the possibility of getting the money to Ukraine in time -- even if the hold was lifted.

On September 5, Department of Defense Comptroller Elaine McCusker mentioned the "increasing risk of execution," a nod to concerns at the Pentagon that continuing hold could prevent all the money from being spent.

Finally, on the evening of September 11, Duffey alerted McCusker that he is releasing the money for Ukraine.

The first line of Duffey's response is redacted. He goes on to say he hopes to sign the apportionment to release the money that evening and signs off, "Glad to have this behind us."

The document releases Friday come in response to FOIA lawsuits, which members of the public and third-party groups often use to gain access to documents the executive branch has not released otherwise.

Though these releases have been heavily redacted, they begin to shade in more detail about officials' exchanges regarding the Ukraine aid pause, which House Democrats pursued as they investigated and impeached the President but could not access because of the White House's refusal to comply with congressional subpoenas.

More public document releases are scheduled in January to groups that have sued.

UPDATE: This story has been updated with additional details and reaction from the document release.