New York will require menstrual product packages to contain a list of all ingredients inside, making it the first state to have such a law 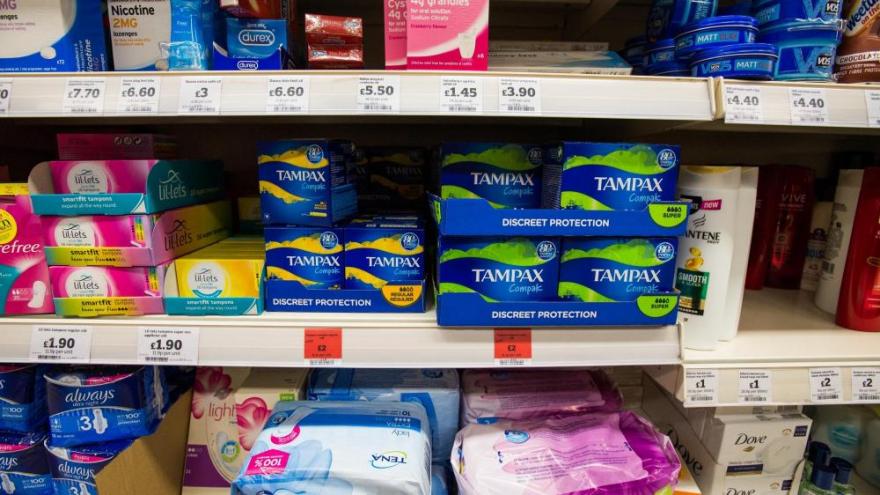 New York Gov. Andrew Cuomo signed a bill requiring menstrual product packages sold in the state to include a list of ingredients in the products.

(CNN) -- New York just became the first state to require an ingredient list on menstrual product packages, in a move the governor says will "empower women."

On Friday, Gov. Andrew Cuomo signed the bill, which will take effect in 180 days. Manufacturers will have 18 months to develop new packaging or labels with the ingredients.

New York is the first state to legislate this requirement, which people have been advocating for years.

"Practically every product on the market today is required to list its ingredients, yet these items have inexplicably evaded this basic consumer protection," Cuomo said in a statement. "It's part of the pervasive culture of inequality in our society that has gone on for too long, and that injustice ends today as we become the first state in the nation to mandate ingredient disclosure and empower women to make their own decisions about what goes into their bodies."

Consumer groups have been making similar arguments for decades, saying that customers have a right to know what is inside these products.

Women's Voices for the Earth, an environmental advocacy group, tested pads from the brand Always in 2014, and found the products released chemicals like styrene, chloroethane and chloroform.

The World Health Organization classifies styrene as a carcinogen. The EPA says short-term exposure to high concentrations of chloromethane can have neurological effects. And the Centers for Disease Control and Prevention says high levels of exposure to chloroethane can result in lack of muscle coordination and unconsciousness.

Even though the levels found in the pads were relatively low, advocacy groups still say people who menstruate should be able to decide what they want to allow into their bodies.

And it's not just pads -- many tampons contain rayon, a synthetic made from sawdust and a byproduct of it is dioxin, which the EPA says is likely carcinogenic. The FDA says trace amounts of dioxin aren't a concern for human health, but Philip Tierno of the New York University School of Medicine told CNN in 2015 that it can build up over a lifetime of use.

"Sure, one tampon is trace," he said. "[But people] use approximately 12,000 tampons in a lifetime. That means 12,000 exposures of dioxin ... five, six, seven times a day. That's a lot of dioxin absorbed directly through the vagina. It goes directly into the blood."

Even as some companies have moved to publish information on what goes into menstrual products on their websites, Tierno said it's not enough.

"Even if they list some ingredients, they may not be listing all of them," he said.

The FDA already requires manufacturers to provide labeling on packaging about the signs of Toxic Shock Syndrome, and how to minimize risk.