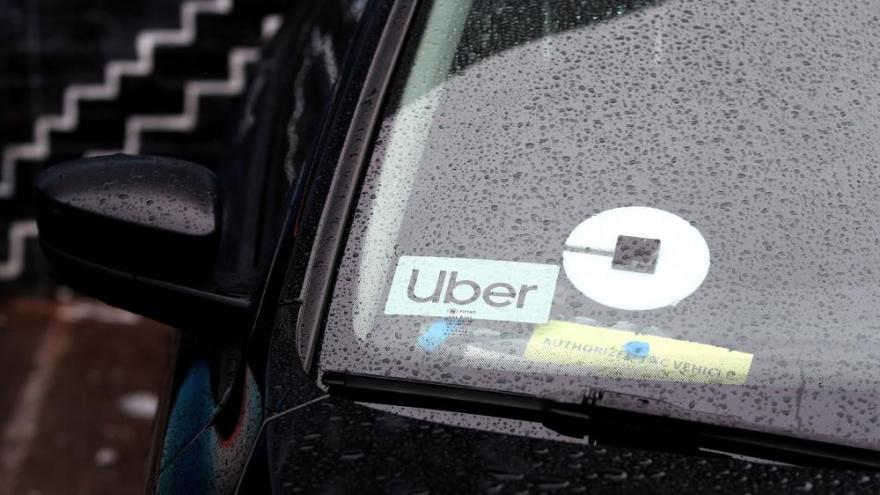 The Uber logo is displayed on a car on March 22, 2019 in San Francisco, California.

(CNN) -- A New York Uber driver was charged Monday with kidnapping and threatening to sexually assault a 15-year-old girl.

Sean Williams, 32, was driving the alleged victim home from a Sweet 16 party in Long Island on July 12 when he canceled her route and started driving in a different direction, Nassau District Attorney Madeline Singas said in a statement.

He then tried to get the girl to go drinking with him, and to get her to go back to his home in Brooklyn where he intended to sexually assault her, the district attorney said in the release.

The victim refused and tried to get Williams to take her home, the district attorney said. She eventually convinced him to pull over at a nearby McDonalds so she could go to the bathroom. When inside, the girl ran into the bathroom and called the police.

"The family of a 15-year old girl relied on a car service to get their daughter home safely after she attended a Sweet Sixteen party, but the defendant allegedly kidnapped her and wanted to sexually assault her after giving her alcohol," Singas said. "The girl was terrorized by the defendant's alleged behavior and bravely took action to contact police and free herself."

Steven Gaitman, Williams' attorney, says that there is more to the case than what the district attorney is claiming.

"Factually, the complainant had her phone the entire time," Gaitman said. "She had ample opportunity to roll down the window and yell, or open the car door and get out."

If convicted, Williams could face up to 25 years in prison, the district attorney said.

Uber says it took down Williams' profile when the incident was originally reported in July.

"What has been reported is deeply alarming and the driver's access to the app has been removed," an Uber spokesperson said. "We stand ready to cooperate with law enforcement."