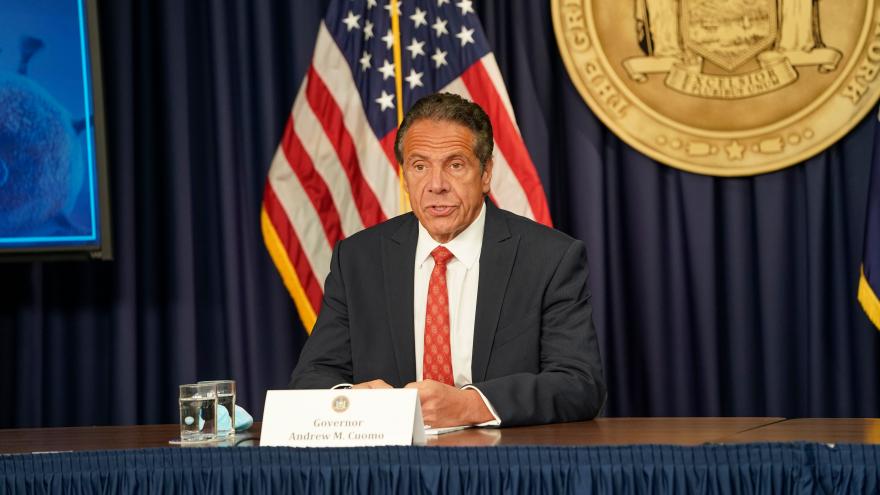 (CNN) -- New York plans to award 50 full scholarships to vaccinated young people as part of an effort to encourage children between 12 and 17 to get their Covid-19 vaccinations.

Gov. Andrew Cuomo announced the "Get a Shot to Make Your Future" program on Wednesday and said the state would give 10 scholarships a week for the next five weeks, according to a news release from the governor's office.

This comes as a number of states are offering prizes and other incentives to encourage residents to get vaccinated.

Ohio's Vax-a-Million campaign is giving away five $1 million prizes to adult residents who've gotten at least one dose of the vaccine. Younger residents could win one of five college scholarships. The first winners were announced after a drawing on Wednesday.

Maryland is giving a $40,000 prize to one vaccinated resident each day through July 3 and will award $400,000 in a drawing on the Fourth of July.

All vaccinated children between the ages of 12 and 17 will be eligible for the incentive, regardless of when they got their shots. The scholarships will be paid for with federal Covid-19 relief and outreach funds, according to the release.

"Vaccination rates across the state are beginning to slow and our greatest need is with young New Yorkers who make up a large percent of positive cases and have the lowest vaccination percentage in the state," Cuomo said in the release.

Half of the adult population of the United States is fully vaccinated and almost 62% of adults have received at least one dose, according to Centers for Disease Control and Prevention data.

New York announced on May 12 that children between the ages of 12 and 15 were eligible to get the vaccine after the Food and Drug Administration expanded the emergency use authorization of the Pfizer vaccine to that age group.

Since then, about 18% of that age group has gotten at least one dose of the vaccine, according to state demographic data.

The state is also experimenting with giving away scratch-off lottery tickets and New York State Park passes as part of pilot programs to encourage people to get vaccinated.