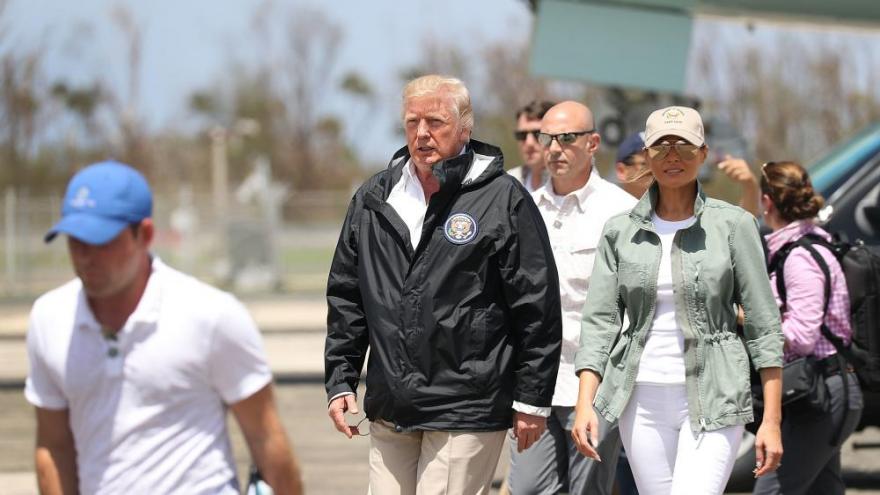 President Donald Trump defended what he described as his "exercise" regimen, tweeting a justification for his frequent golf outings and claiming them as sufficient physical activity.

(CNN) -- President Donald Trump considered the idea of selling Puerto Rico in 2017 after the island was devastated by Hurricane Maria, the former acting Homeland Security secretary told The New York Times in an interview published Friday.

"The President's initial ideas were more of as a businessman, you know," Elaine Duke, who was serving as DHS' acting secretary when the hurricane hit the island in September 2017, told the Times.

"'Can we outsource the electricity? Can we can we sell the island? You know, or divest of that asset?'" Trump reportedly said, according to Duke in the newspaper interview. "(She said the idea of selling Puerto Rico was never seriously considered or discussed after Mr. Trump raised it.)," the paper reported.

Trump has had a fraught history with the US territory since Puerto Rico was devastated by Hurricane Maria. Nearly 3,000 people died as a result of the storm and aftereffects, including widespread power outages.

Trump has previously taken aim at Puerto Rican officials for their management of the billions in relief funds his administration has appropriated for storm recovery, accusing the island's leaders of spending some of that money for reasons other than hurricane clean-up. In November 2018, White House officials told congressional leaders and appropriators that the President did not want any additional relief funding sent to the island.

Trump has consistently denied any fault for his administration in the aftermath of the storm. The President has instead sought praise for his handling of Hurricane Maria, calling it "an incredible, unsung success" last year.