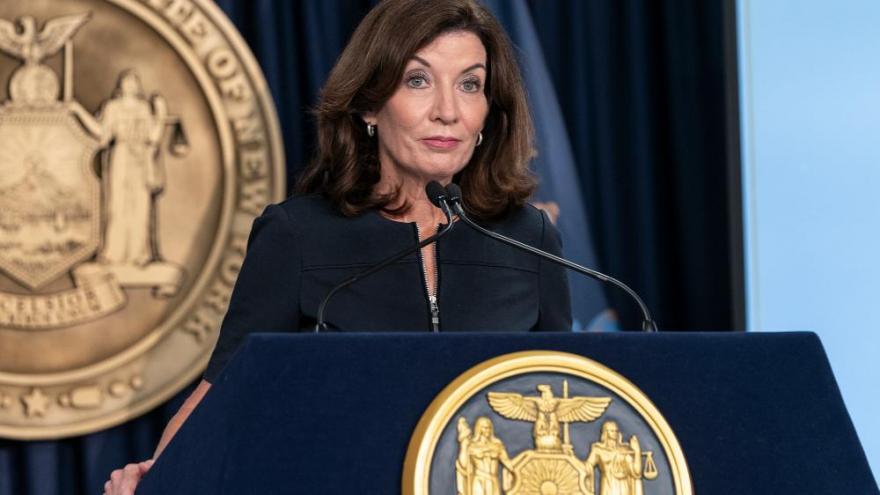 (CNN) -- New York State health care workers will no longer have a religious exemption to the state's Covid-19 vaccine mandate after a federal appeals court vacated a temporary injunction Friday.

The three-judge panel in the US Court of Appeals for the Second Circuit also sent the two court cases back to the lower courts to continue.

The ongoing court cases stem from former Gov. Andrew Cuomo's order that all hospital and long-term care facility workers were required to get at least one dose of the vaccine by September 27.

CNN has reached out to the New York State Department of Health for comment, and details of how many exemptions the state has already provided.

An attorney for plaintiffs in one of the cases vowed to take the case to the US Supreme Court Friday.

"New York's mandate forces an abominable choice on New York healthcare workers: abandon their faith or lose their careers," said attorney Cameron Atkinson, who represents three nurses. "They have committed their futures to God's hands, and we remain optimistic that the United States Supreme Court will strike down New York's discriminatory mandate as violating the First Amendment."

In the second case, 17 health care workers, many of them unnamed doctors, residents and nurses, filed a lawsuit last month objecting to the New York State Department of Health's vaccine mandate, which didn't allow for religious exemptions. A judge issued a temporary restraining order on September 14 related to the religious exemptions.

CNN reached out to an attorney representing these health care workers for reaction.

"On Day One, I pledged as Governor to battle this pandemic and take bold action to protect the health of all New Yorkers," Hochul said in a statement. "I commend the Second Circuit's findings affirming our first-in-the-nation vaccine mandate, and I will continue to do everything in my power to keep New Yorkers safe."

Nearly 16,000 health care employees in New York State have been granted religious exemptions by their employers prior to Friday's court ruling, the state's health department confirmed to CNN Friday night.

Hammond provided a breakdown of the data, including the number of employees and percentages of staff impacted in each health care group.