New York police are investigating thefts of $350,000 in jewelry at Trump Tower 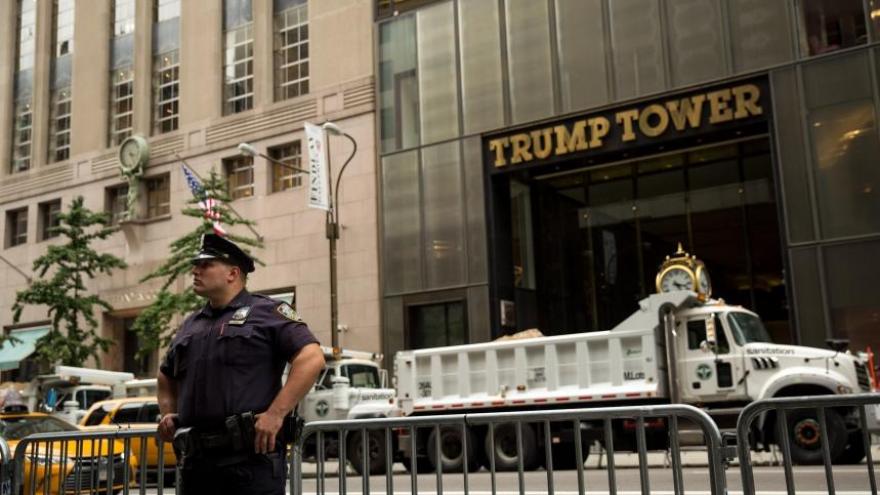 The New York Police Department is investigating thefts of jewelry valued at over $350,000 from Manhattan's Trump Tower.

(CNN) -- The New York Police Department is investigating thefts of jewelry valued at over $350,000 from Manhattan's Trump Tower.

In one case, the victim told police she had been away from the 5th Avenue skyscraper from June 21 to September 9. Upon returning, she discovered she had $236,000 of jewelry "removed or stolen; it was no longer there," said police Sgt. Lee Jones.

In the second case, the victim was away from September 4 to September 10 and reported missing jewelry worth $117,000 on September 11.

There have been no arrests. Both cases have been reported as grand larceny, and the investigations are ongoing.

Neither police report indicated that there was forced entry, a police spokesman told The New York Times.

The investigations come as President Donald Trump stayed at his namesake building on Sunday night ahead of several days of United Nations meetings. He is expected to stay there again on Monday night, according to his public calendar.

A spokesperson for the Secret Service referred CNN's inquiries about whether they were assisting with the investigation to the New York Police Department.

Jonathan Wackrow, a former Secret Service agent and CNN contributor, said there was an "embarrassment factor" for the Secret Service that the incident occurred. Still, he said the apparent thefts raise concerns about an insider threat at Trump Tower, which is a Secret Service permanent protected property.