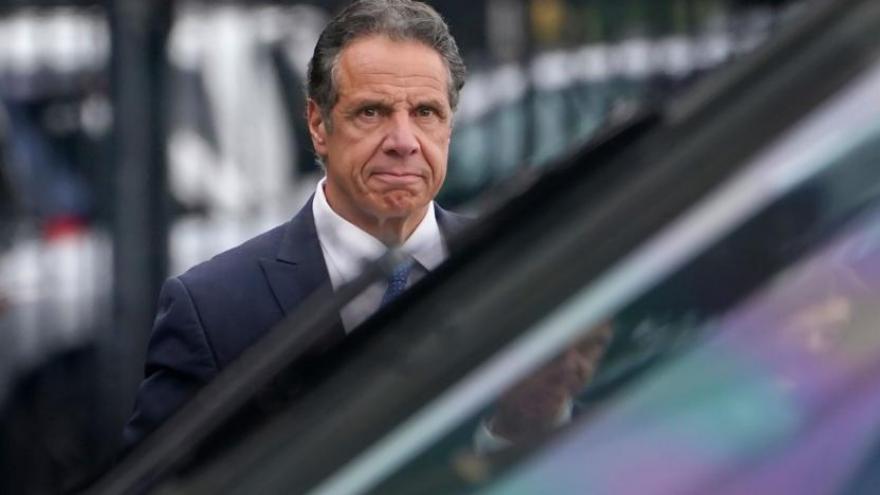 In a statement, Heastie said Cuomo's resignation effectively eliminated the central question of the probe -- "whether Governor Cuomo should remain in office" -- and that Judiciary Committee Chairman Charles Lavine advised him, with the guidance of counsel, that the state constitution "does not authorize the legislature to impeach and remove an elected official who is no longer in office."

The decision is unlikely to sit well with many of Cuomo's critics, in and outside of government, who had called on the assembly to continue its impeachment process even after the three-term governor stepped down. Heastie in his statement addressed some of the reasons why, revealing that the investigation turned up "credible evidence" not only related to sexual harassment allegations against Cuomo, but also "the misuse of state resources in relation to the publication of the governor's memoir as well as improper and misleading disclosure of nursing home data during the COVID-19 pandemic."

"This evidence -- we believe -- could likely have resulted in articles of impeachment had he not resigned," Heastie said.

He noted that Cuomo still faces a thicket of potential legal woes, pointing to federal, state and local investigations -- five of them -- into issues ranging from Cuomo's use of public resources in the writing of his 2020 memoir to the executive's underreporting of Covid-19 deaths in nursing homes and the sexual misconduct allegations that most directly triggered his departure.

Lt. Gov. Kathy Hochul will replace Cuomo in 12 days and, though she sought to distance herself from the outgoing governor at a Wednesday news conference, demurred when asked whether she wanted the impeachment process to continue.

"I've been in this business long enough to know that is not the purview of the New York state governor to dictate to the New York State Assembly or to the Judiciary Committee on what actions they should take next with respect to anything," Hochul said, "particularly impeachment."

A spokesperson for Hochul reiterated that view on Friday, saying, "It was ultimately up to the Assembly and the Lieutenant Governor respects their decision."

Cuomo has denied all of the allegations against him, saying he never touched anyone inappropriately, but acknowledged that some of his behavior made others uncomfortable -- a message he delivered again in his resignation speech on Tuesday, as he depicted his decision as one made for the benefit of the state.

"Given the circumstances, the best way I can help now is if I step aside and let government get back to governing," Cuomo said in remarks from New York City. "Therefore that's what I'll do."

Cuomo did not immediately responded to requests for comment on the decision.

Despite the governor's claims that the investigation had been biased against him, the breadth and credibility of the report released last week by state Attorney General Letitia James' team, which found that he had sexually harassed 11 women, made his position untenable, with Democratic leaders all the way up to President Joe Biden calling for him to go.

Some leading progressives had called on the assembly to follow through with its impeachment work despite Cuomo's announcement this week, in part because his formal conviction -- even after leaving -- could potentially prevent him from running for office in the future.

"Resignation is not accountability," New York Working Families Party director Sochie Nnaemeka said in a statement on Tuesday, "and we urge the legislature to continue with impeachment proceedings so that Andrew Cuomo is never again elevated to a position of power."