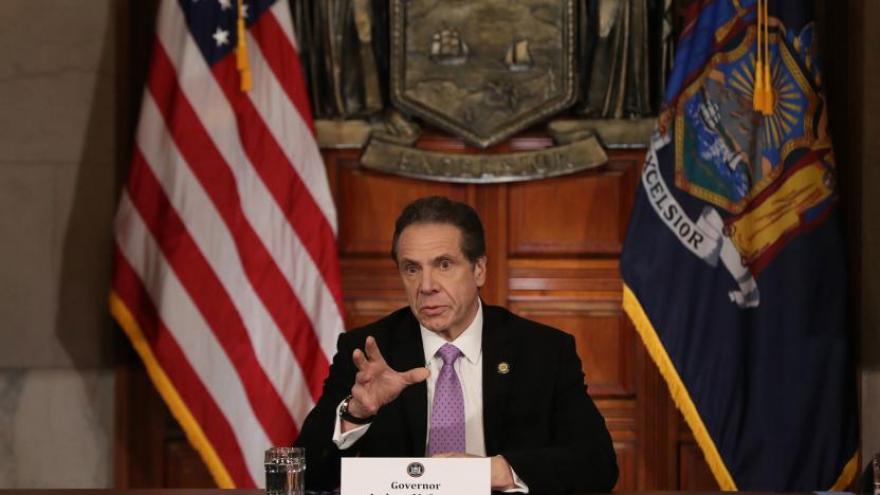 For 111 consecutive days, the sometimes combative and abrasive Cuomo sat before PowerPoint slides and graphs of Covid-19 cases and hospitalizations in the epicenter of the pandemic in America.

He lamented the loss of life and praised health care workers. He talked about his mother, his daughters and his brother, Chris, a CNN anchor who contracted the virus. He spoke with empathy and compassion at times.

On Friday, he delivered his final briefing with an address from his office in the state Capitol. No reporters were present.

"Today, we have done a full 180, from worst to first," he said. "We are controlling the virus better than any state in the country and any nation on the globe."

An average of 25 people per day died in New York this week, he said. The number of people hospitalized with the virus was 1,284, the lowest number of the outbreak.

"If we could accomplish together what we did here, this impossible task of beating back this deadly virus, then there is nothing we can't do," Cuomo said. "We will be better and we will be stronger for what we have gone through."

Cuomo 'emerged from the shadow of his father'

Observers have praised Cuomo's message during the crisis. It stood in sharp contrast to the rhetoric from President Donald Trump. At one point, Trump downplayed the contagion by comparing it to the flu.

Mitchell Moss, a professor of urban policy and planning at New York University, said Cuomo led the state through the pandemic's worst days. As millions of Americans were quarantined at home, away from jobs and schools, they watched on television as the governor became a national leader.

"Leaders emerge from a crisis or they drown from a crisis," Moss said. "Andrew has found his voice. This is the first time he's actually emerged from the shadow of his father."

His father, Mario Cuomo, served three terms as New York's governor and delivered a passionate keynote address at the 1984 Democratic political convention that vaulted him onto the national political scene. The elder Cuomo died in 2015 at the age of 82.

"Until now, everyone thought the father was cerebral and a great orator but Andrew has been doing something which is almost impossible -- which is everyday getting up and giving a report about people who die," Moss said. "Politicians never want to be near death."

Cuomo's profile and poll numbers soared from the recent national spotlight. He weathered criticism over the timing of his statewide stay-at-home order and reports the state sent thousands of recovering Covid-19 patients to nursing homes. And New York had the worst death toll in the country, with more than 31,000 fatalities.

Still, Moss said Cuomo became the Democratic Party's most prominent voice and "set the tone" for other governors in challenging Washington during the crisis.

"Getting invited to meet with Trump made Andrew the most prominent Democrat in the nation since (Joe) Biden had adopted a strategy of staying in his home with an occasional TV appearance from his basement," Moss said.

On Friday, an emotional Cuomo praised New Yorkers for their handling of what he called "111 days of hell." He announced that New York City will enter the second phase of the state's economic reopening next week.

"By reducing the infection rate, we saved over 100,000 people from being hospitalized and possibly dying," he said. "It is an unimaginable achievement. I'm so incredibly proud of what we all did together, and as a community."