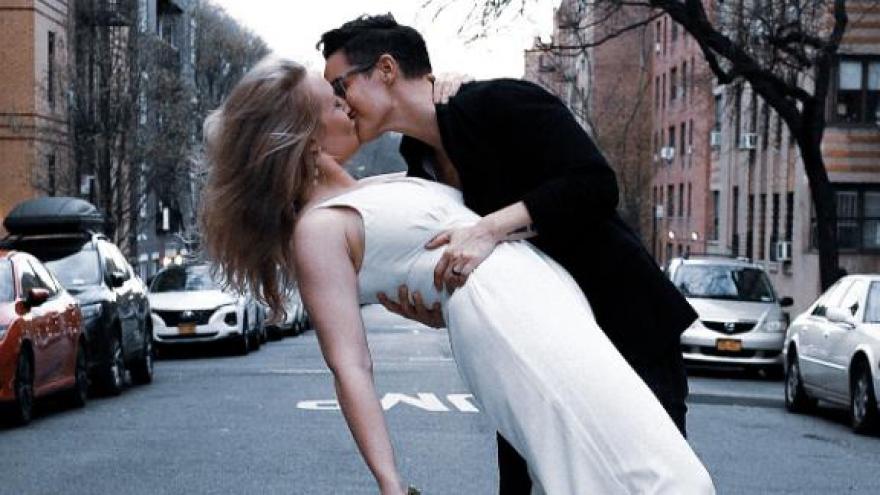 Rep. Judy Chu, a California Democrat and the first Chinese American woman elected to Congress, said it is "dangerous" for President Donald Trump to continue referring to Covid-19 as the "Chinese virus."

Reilly Jennings and Amanda Wheeler tied the knot on Friday at a ceremony held on a small street in the Manhattan neighborhood of Washington Heights. Matt Wilson, a friend and a licensed marriage officiant, leaned out of his fourth-floor window to lead the ceremony safely away from anyone who might be carrying coronavirus.

"It was the most New York moment ever and was even more special to share with the entire neighborhood in such a scary and uncertain time," Jennings told CNN. "I love this city."

The couple was supposed to get married in October but decided to have a quick courthouse wedding instead. The decision stemmed from their concerns that the coronavirus pandemic could worsen.

The city has ground to a halt. With more than 10,000 reported cases and dozens of deaths, businesses have closed, and residents are being asked to keep their distance and stay indoors when possible.

The couple visited the New York City Marriage Bureau on Thursday and obtained a marriage license. On Friday, as they were going back to the bureau to "actually get hitched," the women received news that Mayor Bill de Blasio had shuttered the bureau indefinitely.

"After a somber afternoon, one of our friends texted us on a group chat, letting us know he was ordained by the county clerk of New York and could do it," Jennings said.

"We texted, 'Wanna marry us outside your window in the next 24hrs?' and he said 'YES!' To that I replied, 'How about in 90 minutes?' We both finished up work meetings, got dressed, picked up some flowers, and headed to his apartment around the corner."

Wilson, who was responsibly self-distancing, had Jennings and Wheeler stand outside of his apartment building as he officiated the wedding from four stories above.

Before asking them to pledge their love, he read an excerpt from the novel "Love in the Time of Cholera" by Colombian writer Gabriel García Márquez.

"Do you promise to love, honor, cherish and keep her for as long as you both shall live?" Wilson can be heard shouting on a witness video posted on Twitter.

"I do," Jennings shouted back, as friends and neighbors cheered.

Jennings and Wheeler were ecstatic with how the ceremony turned out.

"We got to share our love with more people than we ever could have imagined," said Jennings. "And that's the best part."

It's a New York love story that will hopefully remind people that even during these uncertain times, love conquers all.