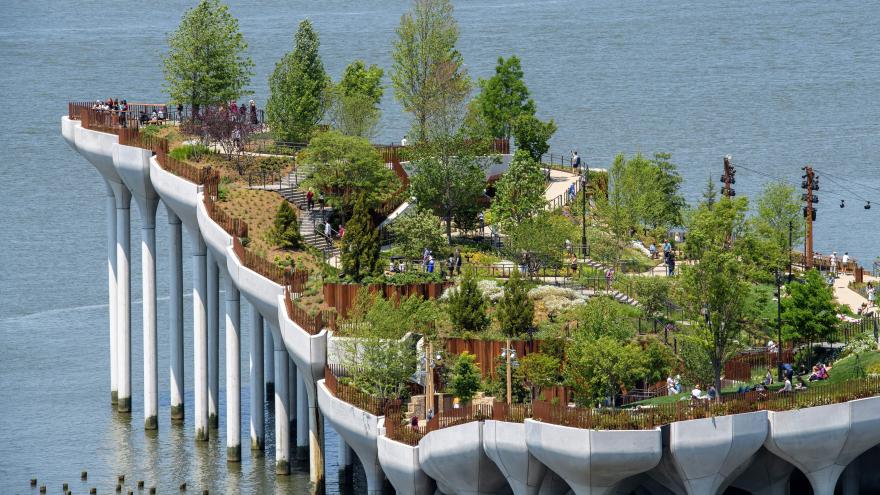 (CNN) -- Little Island is its name, but the vision and the budget behind it were colossal.

The public park on New York City's Hudson River finally opened on May 21 nearly seven years after plans were unveiled, thanks to billionaire media mogul Barry Diller, whose $260 million donation has further transformed the once-derelict West Side of Manhattan.

The island was built on the pillars of the former Pier 54, connected to Manhattan by a walkway that will take visitors from the trendy Meatpacking District to the site where survivors of the Titanic were taken and from where the Lusitania departed.

The West Side, once dominated by a bustling port, deteriorated into industrial eyesores and homeless camps before a revitalization this century converted much of it into magnificent parkland.

Its 2.7 acres (1.1 hectares) slope up and down, teeming with flora and featuring a 687-seat amphitheater with sunset views. Foot traffic will be regulated to prevent the park from being overrun.

Park visitor Janet Alvarez, a longtime local resident, said she has anticipated Friday's opening for years. The day was delayed by legal challenges and the pandemic.

"I'm bursting with emotion. And to see people smiling and looking happy and with the mask off. It's a wonderful day in the neighborhood," Alvarez said.

The Diller - von Furstenberg Family Foundation of Diller and his wife, the designer Diane von Furstenberg, will pay for maintenance for the park for the next 20 years.

The same foundation donated $20 million to the nearby High Line, a disused elevated railroad converted into a park in the sky. Diller also built his IAC corporate headquarters near the High Line in a building designed by star architect Frank Gehry. 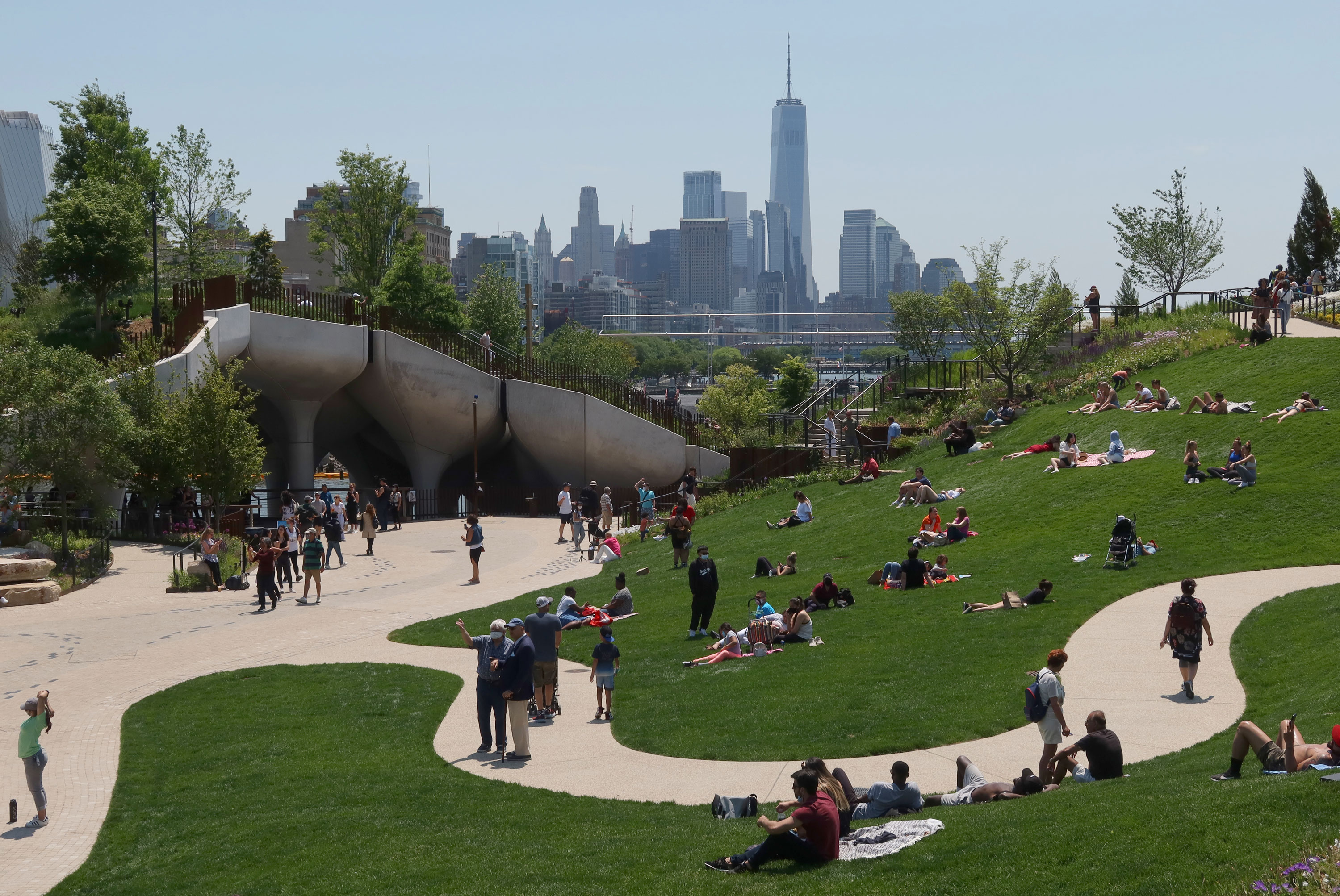