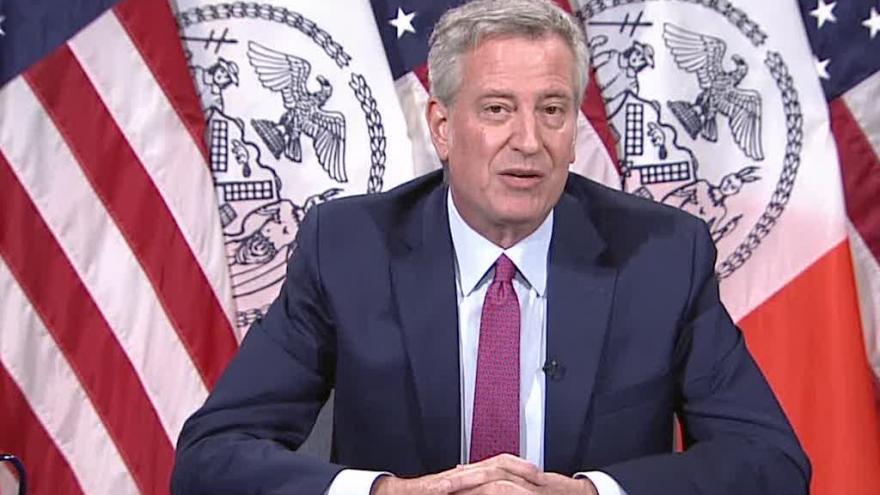 New York City Mayor Bill de Blasio said a street in each borough will be renamed for \"Black Lives Matter.\"

"What will be clear — the street name and on the streets of our city — is that message that now this city must fully, fully deeply feel and this nation must as well, that Black Lives Matter," de Blasio said.

"Black Lives Matter" will also be painted on the streets.

The announcement came after a Sunday meeting with activists, including Gwen Carr, the mother of Eric Garner, who died in 2014 after an NYPD officer used a chokehold on him. The officer, Daniel Pantaleo, was fired but did not face criminal charges.

Spurred by the police killings of George Floyd, Breonna Taylor and other black people, protesters have marched in New York City for the past few weeks and called for an end to systemic racism in policing. Some protesters have called to "defund the police," and de Blasio said Sunday he plans to shift funding from police to youth and social services.