New York City to end solitary confinement in its jails 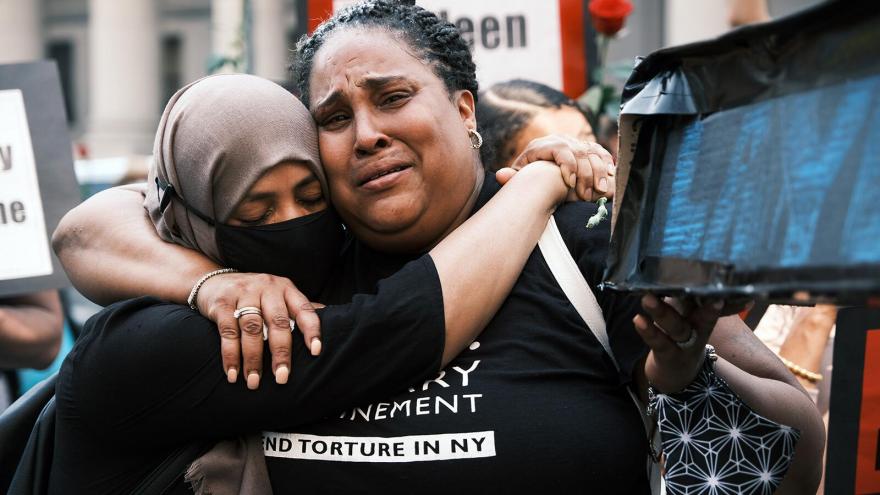 People participate in a protest in front of a New York City courthouse to demand that Mayor Bill de Blasio put an end to solitary confinement in New York's prisons on June 7 in New York City.

(CNN) -- The New York City Board of Correction voted unanimously Tuesday to end solitary confinement in city jails, according to a statement from Mayor Bill de Blasio's office.

The vote by the independent oversight board for the city's jail system comes after an extensive public engagement process and builds on 2015 reforms that ended solitary confinement for people ages 16 to 21 and people with mental illness, amid other changes. Those reforms contributed to an 81% decrease in the use of solitary confinement, the mayor's office said.

"New York City is going further than any jail system in America to ban solitary confinement once and for all," de Blasio said Tuesday. "Through our work with our Board of Correction, we have found a plan that will provide a safe and humane environment for those who are incarcerated and officers alike."

A new disciplinary plan, the Risk Management Accountability System, will go into effect this fall, officials said. It will fundamentally change the way the Department of Correction "responds to violence committed by people in custody, ensuring accountability and safety in a more humane and effective manner," the statement said.

Besides ending solitary confinement, the new system will allow for attorney representation at infraction hearings and throughout the process, allow those in the program a minimum of 10 hours out of their cell a day, socializing with at least one other person, and individualized behavioral support plans.

An extension of someone's placement in the Risk Management Accountability System must be backed up by documentation of a clear threat to safety and the person in custody has the ability to appeal with attorney representation, de Blasio's office said.

Daily rounding by health and mental health staff will be provided, officials said.

"In approving this rule, the Board has created as system that ends the harms of solitary confinement while keeping officers, staff, and people detained safe," said Board of Correction Vice Chair Stanley Richards.

The new rule will end the use of routine restraint desks and limit the scope of lockdowns to only the housing areas that must be locked down.