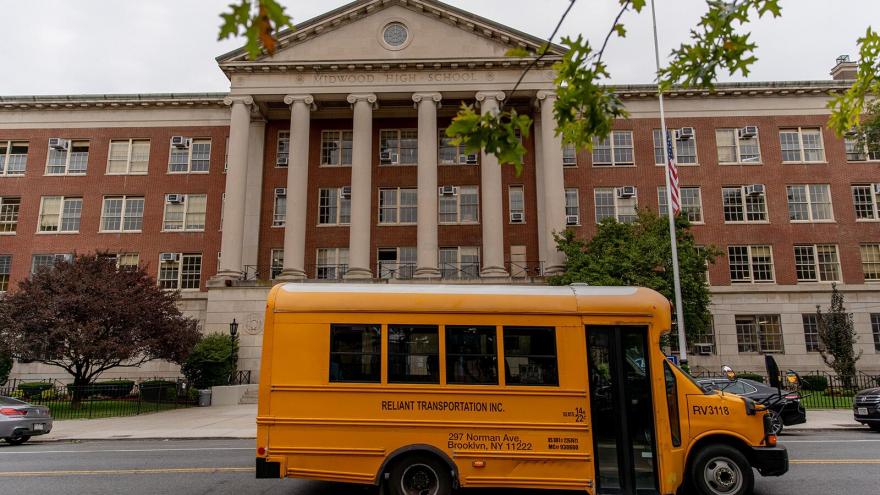 "It will be difficult for people who have done so much to fight back in this crisis," the mayor said in a news conference Sunday, characterizing the plan as an effort to "rewind" reopening in nine neighborhoods in Brooklyn and Queens.

"But it is necessary to stop the spread of the coronavirus in these communities and beyond," he said. "And it's necessary for the good of all of New York City."

The proposed plan -- which requires state approval -- includes the closure of all nonessential businesses, private and public schools and daycares beginning Wednesday, de Blasio said. Restaurants in the affected areas would have to stop indoor and outdoor dining but would be allowed to continue service for to-go orders.

Businesses and schools would be allowed to reopen after two weeks if the ZIP codes have seen seven consecutive days of positivity rates below 3%. If not, they would be closed for at least four weeks.

New York was among the first cities in the United States plunged into crisis. In March, it was the epicenter of the coronavirus outbreak in the US, but the city and the state have since managed to contain the spread of the virus.

The mayor's proposal Sunday signals a major step back for the city's reopening effort, coming just days after public schools reopened for in-person classes, though the mayor stressed his proposal was not a response to the spread of the virus in schools.

"What has become clear is that there are a number of neighborhoods now that have continued to have a high level of coronavirus positivity and that requires stronger action than we've had to take for many months," de Blasio said.

The neighborhoods and ZIP codes that would be impacted by the mayor's proposal include:

Additionally, the mayor said Sunday lesser restrictions would be put in place in 11 ZIP codes that officials are "concerned" about.

They include parts of Williamsburg, Bedford-Stuyvesant, Manhattan Beach, Bergen Beach, Crown Heights, Rego Park, Fresh Meadows, HIllcrest and Jamaica Estates. In those areas, indoor dining, gyms and pools would close if the plan is approved by Cuomo's office, but schools could remain open.

Health officials on Saturday urged all New Yorkers to take precautions such as wearing face coverings, washing their hands, remaining socially distant and staying home if they are sick. Residents were also asked to avoid large gatherings and remain 12 feet apart if they are singing during worship.

Those 20 areas will be the subject of "targeted enforcement" by state personnel beginning Monday, Cuomo said. The governor also urged local governments to do more to enforce Covid-19 precautions and said he wanted to see more testing in schools.