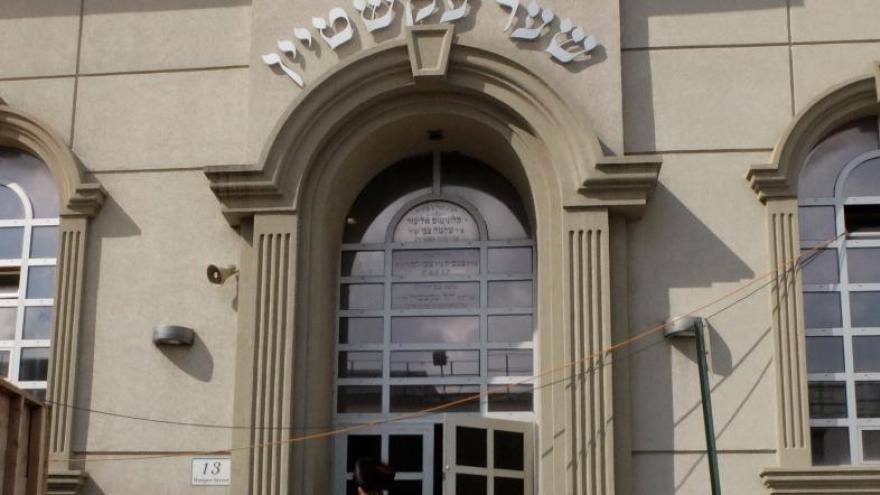 A big crowd was expected at a wedding at a Brooklyn synagogue.

(CNN) -- A wedding at a Hasidic Jewish synagogue that was expected to draw up to 10,000 people has been barred by a New York state order, according to officials.

A grandson of the grand rebbe (rabbi) of Congregation Yetev Lev D'Satmar in Brooklyn planned to get married Monday, according to a statement attributed to the synagogue which CNN received from the Satmar Wedding Committee.

"It was outside the target red, or orange or yellow cluster zone, but the information that our investigation revealed was that upwards of 10,000 individuals ... planned to attend," Garvey said.

Cuomo issued an executive order earlier this month that limits gatherings in houses of worship in New York City neighborhoods that have seen spikes in Covid-19 cases, including several with large Orthodox Jewish communities.

Orthodox Jewish groups filed lawsuits to block the executive order, but a federal judge ruled against one Orthodox organization which sought a temporary restraining order to block the new restrictions. The group, Agudath Israel of America, filed an appeal to the ruling on Monday.

Members of New York City's Orthodox Jewish community have held protests in Brooklyn in response to the new coronavirus-related restrictions.

At a press conference on Sunday, Cuomo said a big wedding "isn't on the top list of concerns."

"My suggestion: Have a small wedding this year. Next year, have a big wedding. Invite me, I'll come.''

The synagogue released a statement on Sunday saying that "the wedding will not be held as planned" and will only be attended by "close family members." Others hoping to participate in the wedding can do so virtually, according to a statement.

"The unwarranted attacks on this event, originated by those besmirching the community, are detached from the facts," said Chaim Jacobowitz, the synagogue's secretary, in the statement. "It's sad that nobody verified our plans before attacking us."

New York City Mayor Bill de Blasio said Monday that the state and the city worked together to raise concerns about the wedding.

"The good news is that the decision was made by the folks who are putting together the wedding to have that much smaller service and do the rest virtually," said de Blasio.

When asked if there will be a police presence at the wedding, de Blasio said the city "will have a backup plan ready for sure."

"But I am heartened by the fact that the message was heard, that it's not business as usual, that we're dealing with a crisis and we cannot let this coronavirus spread further," de Blasio said.