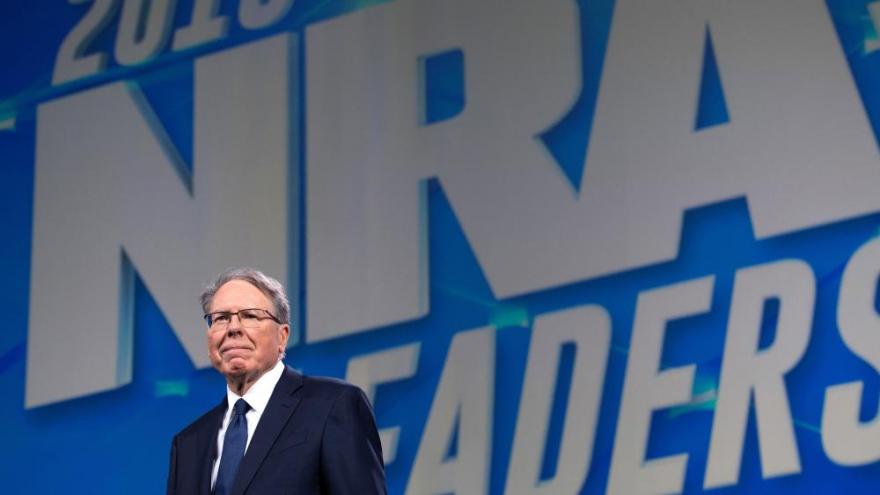 In a news release Thursday morning, James, a Democrat, alleged that current and former NRA leadership "instituted a culture of self-dealing mismanagement" benefiting themselves, family, friends and favored vendors, leading the organization to lose more than $63 million in three years.

"The NRA's influence has been so powerful that the organization went unchecked for decades while top executives funneled millions into their own pockets," James said in the news release

The lawsuit marks an ambitious attempt by James to end one of the nation's most influential interest groups, one that has played an outsized role in Republican politics. The NRA reports that it has about 5 million members across the country and works to defend Americans' Second Amendment right to bear arms and has turned increasingly political in recent years -- particularly in its political operation's support of President Donald Trump.

James accuses the NRA of violating multiple laws including false reporting of annual filings with the IRS and New York's charities bureau, improperly documenting expenses, improper wage and income tax reporting and excessively paying people for work for which they were not qualified.

Many of the charges stem from the NRA's status as a charitable organization, which has strict state and federal rules governing spending.

The suit also asks the court to order LaPierre, Frazer, Phillips and Powell to make full restitution for "funds they unlawfully profited" and salaries earned while employees; to remove LaPierre and Frazer from the NRA's leadership; and ensure that none of the four can ever serve on the board of any charity in New York.

James' office confirmed it was investigating the NRA in 2019, after reporting by The Trace alleged that a small group of executives, contractors and vendors affiliated with the the group extracted hundreds of millions from the non-profit's budget.

The organization was roiled by a bitter leadership battle last year all while navigating an evolving political landscape on guns shaped by mass shootings and increasingly powerful gun safety groups.

The NRA had named Oliver North -- whose name is synonymous with the Reagan-era Iran-Contra scandal -- its president in 2018 as it grappled with a renewed push for gun control.

But as the organization gathered for its annual meeting in 2019, the news broke that LaPierre had told the organization's board he was being extorted and pressured to resign by North.

The NRA later reelected LaPierre to his leadership position after North told NRA members -- through a letter read during their annual meeting -- that he had hoped to be renominated for a second term but had since been "informed that will not happen."

It was during that turmoil when the New York Attorney General's Office confirmed an investigation into the group.

"As part of this investigation, the Attorney General has issued subpoenas," a spokesperson for James said in a statement to CNN at the time.